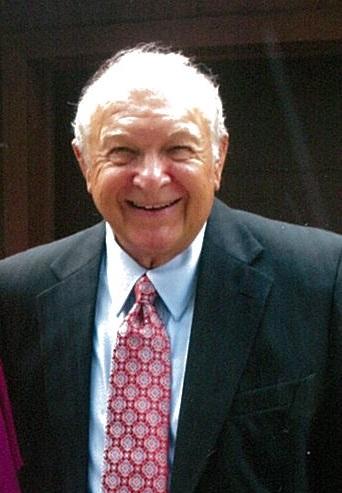 Charles Weldon Clark, age 78, of Tierra Verde, Florida and Morgantown, Kentucky passed away on Tuesday, January 20, 2015 at the St. Anthony's Hospital in St. Petersburg, Florida. He was born July 9, 1936 in the Dunbar community of Butler County to the late Tilford and Pearl Whitaker Clark. Charles graduated from Butler County High School where he played basketball and was an avid fan of sports, always having a sports station on. He was the manager of Mary Jane Shoe Store in several cities in his early years and finished his career at age of 55 working as the district manager for Western Southern Financial Group after serving for 30 years.

Charles was a member of Aberdeen Missionary Baptist Church. He enjoyed reading his Bible daily and enjoyed all of God's creations every day. Charlie and Fae enjoyed singing at First Baptist Church on Gandy in St. Petersburg, Florida and singing with the First Baptist senior choir and at different nursing homes once a month. He always had so much rhythm.  Whether it was dancing or singing, he was a treat to watch. It was always Charlie's will to make people feel comfortable and he had a willing and giving heart to the homeless.  He was just a fun and loving person to be around with a great sense of humor.

Other than his parents, he is also preceded in death by his first wife, Joetta Sturgeon; one brother, Joe Clark, and two sisters, Virginia Castro and Norma Conti.

Charles Weldon Clark is survived by his loving wife of twelve and a half years, Hilda Fae Cook Clark.  They graduated together in 1953 and reunited in 2000 and married in 2002. He is also survived by one daughter, Drexa Jo Gross and husband Jerry of Homer Glen IL. ; one son, Charles Keith Clark and wife Donna of Tampa FL.;  two grandsons, Dyland and Dalton Clark of Tampa FL; and one brother, Willis Clark and wife Millie of IN. He also enjoyed Fae's  three  children and 14 grandchildren. Funeral services will be held on Saturday, January 31, 2015 at 2:00 p.m. at the Jones Funeral Chapel with Bro. Roger Taylor officiating. Burial will be in the Walnut Grove Cemetery with Dalton Clark, Dyland Clark, Michael Troutman, Carson Troutman, Nick Miller and Joe Miller serving as pallbearers. Visitation will be held on Saturday January 31, 2015 from 10:00 a.m. until funeral service time at 2:00 p.m. at the Jones Funeral Chapel.