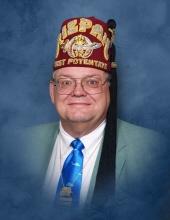 Charles Frederick Tate, age 73 of Quality, KY passed away Wednesday, July 27, 2022 at the Medical Center in Bowling Green, KY. Fred was born March 18, 1949 in Madisonville, KY to the union of the late Eugene E. and Elizabeth Jones Tate. Fred is survived by his loving wife Phyllis Cook Tate of Quality, KY

What started on July 18, 2022 out as a typical day for the Tates quickly took a turn after Fred got to his Morgantown Mission Board Meeting. Around 5:30pm Fred was about to call the meeting to order but instead unknown to the board Fred was having a heart attack. First responder, Luke Mooneyhan was able to revive Fred to get him ready for transport to the Medical Center ER. This was just the beginning of a 10 day journey in the CCU. On the 10th day it was decided by me (Phyllis) that Fred had suffered enough! He passed peacefully at 10:26pm that night on July 27, 2022. Charles Frederick Tate aka known as Rosey the Clown was born in Madisonville, KY on Friday, March 18, 1949. When his mother Elizabeth Jones Tate was giving birth his dad, Eugene E. Tate was not there to witness the joyous birth to an amazing baby boy who would change the world, because he was coaching his team that had just lost the State Tournament in (1949). The morning Record Herald reported: “Tate Does Not lose all he has a Baby Son!! And that was the beginning of Fred’s amazing life journey.

Life took the Tate family to Greenburg, KY where Fred would go to school all 12 years. He was a member of Greensburg High School class of 1967 and his father was the principal there. His 55th year reunion will be spent in heaven this year.  Fred played football from 8th – 12th grade with Coach Ivan Curnutte who played at University of Kentucky.  Fred and his dad were inducted into the 1st Hall of Fame at Greenburg High School.

Following high school Fred earned degrees from Lindsey Wilson College, Campbellsville College and went to Western Kentucky University to serve as a graduate assistant for Coach Jimmy Feix along side of Romeo Crennel. Coincidentally Fred received his Masters on August 8, 1980 not knowing his future wife was graduating the same night

Fred and I Phyllis Cook Tate, first met after in the early 80’s when he came to teach Health & P.E. at MES. We married June 13, 1998 at ages 42 & 49 and we have no children. We made the decision that we actually had lots of children. We both taught school for Butler County Board of Education for a total of 55 years, all in Butler County with Fred’s first year at Eminence High School.

Fred’s life was both blessed and cursed by four older siblings: all of them now deceased, Patricia Tate Stroud of Rochester, NY passed away June 1, 2022, “Buddy” his older brother passed away when Fred was 12, 1961, Betty Jean Tate Eastman who was taken by renal cell & called home December 2005 and Rosemary Tate Presson of Hudson, FL who passed away after battling breast cancer for 9 years, she passed away on August 20, 2021. He is also leaving behind two brothers in laws Mike Presson and Carlos Stroud and one nephew Mark Eastman.

Teacher memberships; KRTA, BCRTA serving as President and on several committees;  2nd District Volunteer Fire Department Board President for several years; Cassia Lodge #272 F&AM, Scottish Rite 32 KCCH, served as Secretary for Board Madisonville Consistory, York Rite Madisonville, KY, Shrine  Rizpah Temple, serving as Potentate in 1999, member of the Legion of Honor serving as Commander several years, member of the Order of the SASAQ “Q” where he served as Head Comaxli in Myrtle Beach SC, but his favorite part was being a Shriner Clown. He started clowning around in the early 1980’s . His orginal group were Owensboro Shrine Clowns. Later Fred would charter a new club that covered our area; Butler County, Logan County, Muhlenburg County, Bowling Green, KY and other counties. For the next 20 years Fred would mentor dozen of new clowns while teaching an annual Rizpah Clown School in Madisonville, KY. Fred aka Rosey the Clown received his clown name because he raised over 200 different kinds of roses as one of his hobbies. He enjoyed reading and old Westerns especially John Wayne. Fred loved cooking and making our favorite, his chocolate turtles with his family’ s recipe for caramel. He loved to travel, he and Phyllis went coast to coast in the United States, Canada, and Mexico. We loved a nice Carnival Cruise to the Caribbean. After retirement in 2006 he would binge watch “The Young and the Wrongless with Phyllis. We were avid fans of Jeopardy often eating supper while watching and then The Big Bang Theory. On Monday July 18, 2022 Jeopardy and etc has not been watched since then. My precious Fred is teaching Clown School in heaven with Mathew Neal, coaching Friday night football with Coach C and WKU with Coach Fiex.

Funeral services will be held at the Jones Funeral Chapel on Sunday, July 31, 2022 at 3:00pm with Bro. Darryl Dockery and Bro. Michael Romans officiating. Burial will be in the Hill Haven Memory Gardens where Bryan Knowles, Kenny Eastman, Charles Kelly Hanks, Eddie Hanks, Robert Taylor, Michael Romans, Josh Johnson and Isaiah Johnson will serve as pallbearers. Serving as Honorary Pallbearers will be the Rizpah Clowns. Visitation will be held on Saturday, July 30, 2022 from 3:00pm – 8:00pm and Sunday 12:00pm until funeral time at 3:00 at the Jones Funeral Chapel. Memorial contributions may be made to Morgantown Mission 109 South Main St Morgantown, KY 42261 or the Shriners Hospital For Children Att: Processing Center P.O. Box 947765 Atlanta, GA 30394. Please share any photos, memories, condolences or light a candle in memory of Fred at www.jonesfuneralchapel.com. Jones Funeral Chapel is honored to be serving the family of Charles Frederick Tate.