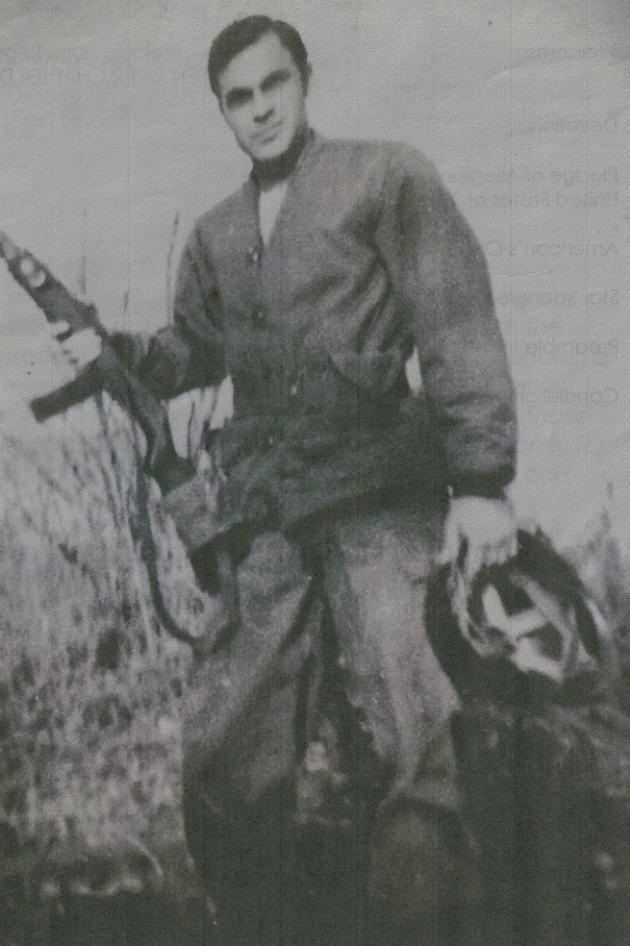 He was born on July 7th, 1929 in Butler County. He was the son of the late Vannie and Mary (Brooks) Embry. He served in the Army during the Korean Conflict and later received a Purple Heart for his service.  Cecil was a member of the American Legion Post 81 in Leitchfield. He was the 2013 Veteran of the Year in Butler County.  He was also an avid gardener.

He is survived by his former wife of 35 years, Frances Bryant Embry of Caneyville; one son, Billy D. Embry (and partner Sheree and her son Connor) of Butler County; a friend, Joyce Felty of Clarkson;  one brother, V.J. Embry of Butler County; three sisters, Myrtle Wilson of Fordsville, Opal Phelps and Essie Ashley both of Louisville; two grandsons Kenton Embry of Nashville and Chris Embry of Caneyville; three granddaughters, Taeh Decker (Carey), Noelle Mudd and ShyAnne Embry all of Caneyville; five great grandchildren, Ethan Embry, Emily Embry, Annelise Decker, Isaac Mudd and Ava Rose Mudd all of Caneyville.  Other than his parents Cecil is proceeded in death by his son, Cecil Collins Embry and his three brothers, Willard Embry, James Embry and Billie Embry.

Funeral services will be Monday, December 1st at 11:00 am at the Dermitt-Joyce Funeral Home in Caneyville. Eulogy by Billy Embry. Burial will be in the Wilson Home Cemetery in Butler County.

Friends may call at the Dermitt-Joyce Funeral Home in Caneyville Sunday after 6:00 pm and Monday from 9 am until time of service.