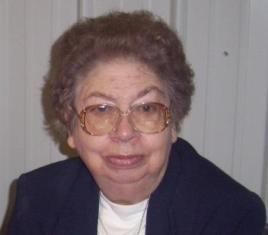 Catherine Elizabeth Johnson Mason age 73 of Morgantown Ky., passed away Sunday, December 4, 2011 at her residence. She was a Butler Co. native, Daughter of the late Cleatus and Lottie Johnson, member of Salem Missionary Baptist Church and a Homemaker. She was preceeded in death by one sister Dimple Elmore and three brothers H.C., Leslie and J.N. Johnson.

Submitted by Mary Bingham (not verified) on Sun, 12/04/2011 - 7:21pm
My prayers are with you and your family. May God bless each of you.
Submitted by Kay Lawrence (not verified) on Mon, 12/05/2011 - 9:27am
So sorry to be hearing this. May God bless you and heal your hearts.
Submitted by Anita Daugherty (not verified) on Mon, 12/05/2011 - 1:53pm
So sorry to hear about Catherine's passing. She worked with my mother, Shirley Daugherty in the school kitchen and was always the sweetest person. I can remember her being at the ballpark watching our softball games. Rest in peace, Catherine. You'll be missed. My prayers to the family. May God bless you and comfort you all.
Submitted by Teresa Johnson (not verified) on Mon, 12/05/2011 - 2:23pm
Denise and Connie I am so sorry to hear about the loss of your Mom. Our prayers are with you and your family.
Submitted by Shirley Hampton (not verified) on Tue, 12/06/2011 - 5:54am
Catherine, was so much apart of Logansport, so many good memories that me and my family have of Catherine and the whole family. The camping trips over at the Rock, her children, as they grew up here. So many good times. She worked with Mamaw Ruby at the high school, and Ruby loved Catherine. My parents camped with Catherine and Wid for many years, as did a few other of their friends that they grew up with them. She was a beautiful person, and I will miss her, but thank you for so many good memories and good times thru out the years. My heart is saddned for the loss and I will be praying for all of you. God Bless you thru this time.
Submitted by Joan Smith (not verified) on Tue, 12/06/2011 - 2:14pm
Catherine was always concerned about me and my family. I have known her for a long time. I spent many nights at her house when I worked at jobs on 3rd shift. I will always remember Catherine as a person who cared about me. Connie if you need to talk let me know. Your Mom was the best. Love Joan