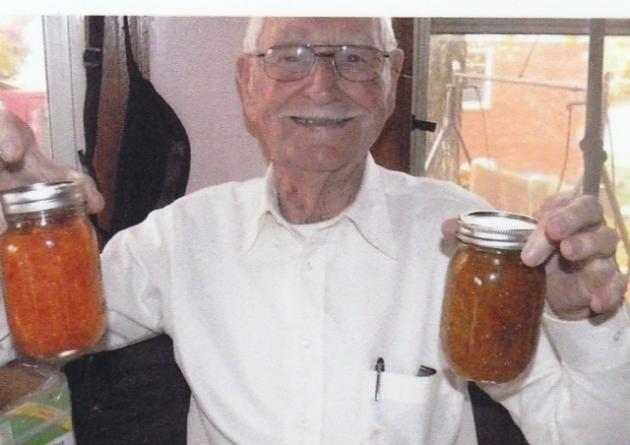 Bunie Ray Mason, 88, of  Morgantown, Ky., passed away Wednesday, January 28, 2015 at the  Joseph Eddie Ballard Western Kentucky Veterans Center in Hanson, Ky.  He was born in Morgantown, Ky. on  July 8, 1926  to the late  Estill and Ophelia Proctor Mason.  Bunie was a retired machine operator, WWII Army Veteran and a member of  Sandy Creek Baptist Church.  Bunie  enjoyed fishing, gardening, canning and most of all spending time listening and talking  on his CB radio.  He was preceded in death by his parents, wife Willow Mason, sister Opalene Mason Dennis and the mother of his children Ellen Mason.

Funeral Service will be held at Smith Funeral Home on Saturday, January 31, 2015 at 1pm with Bro. Wayne Stewart officiating.  Burial will follow in Sandy Creek Cemetery with Military Honors. Visitation will be Friday, January 30, 2015 from 3 pm to 8 pm and Saturday 8 am until  time of service at Smith Funeral Home, Morgantown, Ky. Online Condolences may be made at www.smithfuneralhome1886.com