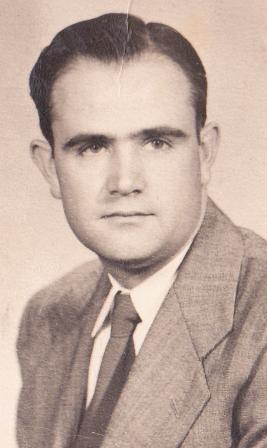 Bro. Joseph Henry Bunch, 91  of Morgantown passed away on Friday, July 6, 2012 at the Morgantown Care & Rehab Center in Morgantown. Mr. Bunch was born October 23, 1920 in Butler County to the late David Hugh and Lilly Pierce Bunch and was the husband of the late Ella Holman Bunch. He was a graduate of Rochester High School,  attended Campbellsville College and was a graduate of Georgetown University Class of 1956. He was a school teacher at Rochester, Third District, Morgantown Elementary and the Green River Boys Camp. Mr. Bunch was a WWII Navy Veteran who served in the South Pacific on a dry dock as a Machinist. Bro. Bunch has pastored churches in Lincoln, Green, Boyle, Logan and Grayson County and several churches in Butler County. He was DAR Veteran of the Year. He was preceded in death by two sisters Marguerite Johnson Forsythe and June Bunch Gardner and brother David Bunch.

Funeral Service will be held at Monticello Baptist Church Monday, July 9, 2012 at  2:00 p.m.with Bro.Frank Dorris and Bro. Randy Burns officiating . Burial will follow in the Rochester Cemetery, Rochester , Ky.  Visitation will be Sunday, July 8 from 2:00 p.m. - 8:00 p.m. at Smith Funeral Home, Morgantown and Monday 8am until 1:30pm at Smith Funeral Home.
Online Condolences may be made at www.smithfuneralhome1886.com