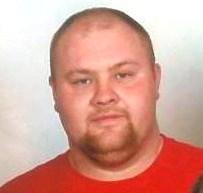 Bradley Wayne Cardwell, 30, of Morgantown, KY, passed away Saturday, October 15, 2011 at his residence. He was a Warren County native, son of Glendal Wayne and Susan Brooks Cardwell, who survive. Bradley was employed at Hayes Tires in Brownsville, KY and his hobbies included racing, hunting and fishing. He was preceded in death by his grandparents, John and Winnie Ann Cardwell, and two aunts and two uncles.  Memorial contributions may be made to Jones Funeral Chapel, P.O. Box 414, Morgantown, Ky 42261.