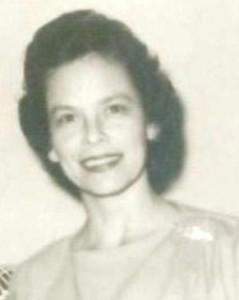 Betty Jane Summers Laush, 86 of Morgantown, Ky. entered into rest at Morgantown Care and Rehab with family by her bedside on Wednesday, September 21, 2011 at 11:50 pm.

She was born on February 27, 1925 to Karl and Sylvia Davidson Summers in Cambria, PA. She was preceded in death by two brothers Carl and Francis Summers. She is survived by a sister Helen Stutzman of Hermitage, PA and brother Robert Summers of Sharpsville, PA.
Betty met and married Marvin Pryor on Feb. 26, 1944. They had three daughters Mary Frank husband David of Morgantown, Ky., Sylvia Shelburn husband A.J. of Taylorsville, Ky. and Carol Thompson of Louisville, Ky. She graduated from Helmes Beauty College and worked as a hairdresser in Louisville, Ky. Worked as a Shipyard Welder in Tampa, FL. Later she married Dan Laush from Pittsburgh, PA in 1969. They resided in Hollywood, CA where Betty worked in a bakery. They later moved to Green Valley, CA. She was preceded in death by Dan Laush and diagnosed with Alzheimer’s. Betty then moved to Morgantown, Ky in 1997 and became a resident of Morgantown Care and Rehab in 2004 where she resided until death.
Betty loved baking, crocheting, knitting, bowling, dancing, dogs and spending time with children. She loved her babies (baby dolls) which will be laid to rest with her. Betty was a member of Gethsemane Baptist Church. She was baptized in the River of Jordan in 1983 while touring Israel.
She is survived by 6 grandchildren B.J. Dockery of Morgantown, Ky, Joy Embry of Morgantown, Ky, Chris Welch wife Sandy of Shepardsville, Ky, Marty Frank wife Lisa of Cromwell, Ky, Lynn Harris husband Tommy of Morgantown, Ky and Heather Smith of Radcliff, Ky; 13 great grandchildren and 5 great great grandchildren and several nieces and nephews.
Funeral services will be held at the Jones Funeral Chapel on Sunday Sept. 25, 2011 at 11:00am with Bro. Tommy Harris officiating. She will be laid to rest in the Hill Haven Memorial Gardens on the hill overlooking the Green River in Morgantown, Ky. Visitation will be Saturday, Sept. 24, 2011 5:00pm – 8:00pm and Sunday 8:00am til funeral service at the Jones Funeral Chapel. Online condolences can be made at www.jonesfuneralchapel.com