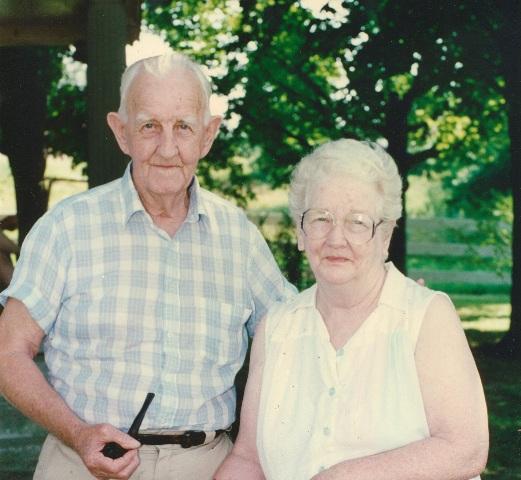 She is survived by her two daughters, Myrl Woosley and Grace Miller (Estil) both of Leitchfield; two sons, Junie and Tony Crain both of Caneyville; two daughters-in-law, Rita and Pam; eight grandchildren; several great grandchildren and great great grandchildren as well as nieces and nephews. Other than her parents, Bertha is preceded in death by her husband, Frank Crain; three sons, Randell, F.C. and David Crain; her sisters and one brother.

Funeral services will be Wednesday, September 4th at 2:00 p.m. at the Dermitt-Joyce Funeral Home in Caneyville. Bro. David King will be officiating. Burial will be in the Wilson Home Cemetery.

Friends may call at the Dermitt-Joyce Funeral Home in Caneyville Wednesday after 11:00 a.m. until time of service.