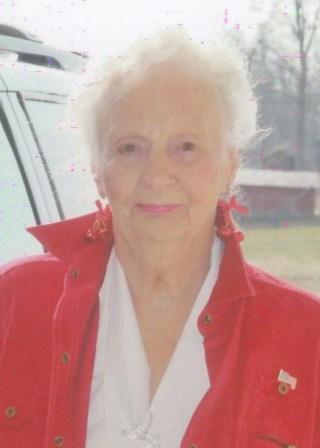 Annetta Kitchens Kessinger, 84 of Morgantown, passed away Tuesday, July 3, 2012 at the Medical Center in Bowling Green, Ky. Mrs. Kessinger was born October 11, 1927 in Butler County, Ky. to the late Frank and Daisy Dean Orange Kitchens and wife of the late Oscar Allen Kessinger. She was a homemaker and attended New Liberty Missionary Baptist Church. She was preceded in death by 2 brothers Tom Kitchens and Dwight Kitchens and 3 sisters Dixie Humphrey, Captola Sublett and Edna Earl Burden.

Funeral services will be held at the Jones Funeral Chapel Sunday, July 8, 2012 at 2:00pm with Bro. Gary Embry and Bro Darryl Dockery officiating. Burial will be in the New Liberty Cemetery. Visitation will be Saturday, July 7, 2012 from 4:00pm - 8:00pm and Sunday 9:00am until funeral time at 2:00pm at the Jones Funeral Chapel. Online condolences may be made at www.jonesfuneralchapel.com.