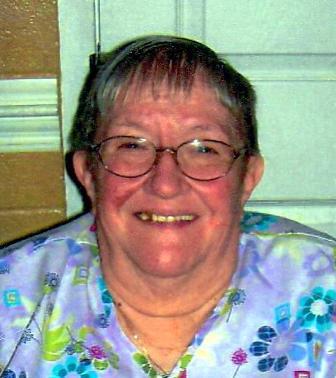 Anna Ruth McCoy Hall, 82  of Morgantown, Ky. passed away Tuesday, February 19, 2013, at the Morgantown Care and Rehab Center in Morgantown. Anna Ruth was born April 7, 1930 in Butler County, to the late Willard and Anna Pearl Mason McCoy.  She was a member of Sandy Creek Baptist Church and retired member of the Dietary staff at  Owensboro Hospital, she also loved to quilt.  She was preceded in death by her parents and husband Leon Hall, brother Mayburn McCoy and sister Esma Henderson.

Funeral Service will be held at Smith Funeral Home, Friday, February 22, 2013 at 2:00 p.m.  with Bro: Jim McDaniel officiating . Burial will follow in the Sandy Creek Cemetery. Visitation will be Thursday, February 21, 2013 from 2:00 - 8:00 p.m. and Friday 8:00 a.m. until time of service at Smith Funeral Home.
Online Condolences may be made at www.smithfuneralhome1886.com