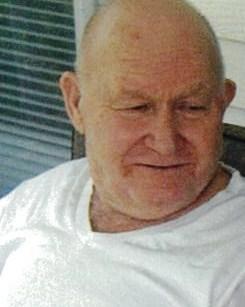 Andrew Jackson Woosley Jr. 86 of Morgantown, Kentucky, passed away Sunday, March 24, 2013 at his residence. Andrew was born July 4, 1926 in Butler County, Kentucky to the late Andrew Jackson and Ester Idella Brooks Woosley. He was a retired farmer, World War II Navy Veteran and of the Baptist Faith. He was preceded in death by 2 daughters Kathy Woosley and Diana Woosley Cupp; granddaughter Jocelyn Michelle Woosley and 11 brothers and sisters.

Funeral services will be held at the Jones Funeral Chapel Wednesday, March 27, 2013 at 1:00pm with Bro. Paul Anway officiating. Burial will be in the Lumbustown Cemetery where military rights will be presented by AM Vets Post #117. Visitation will be held on Tuesday, March 26, 2013 from 4:00pm - 8:00pm and Wednesday from 8:00am until funeral time at 1:00pm at the Jones Funeral Chapel. Online condolences may be made at www.jonesfuneralchapel.com.