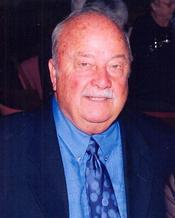 Born Sunday, February 24, 1935 in Dodson, Louisiana, Albert Fredrick “Pete” Cole was the CEO of Cole Oil and Tire in Winnfield, Louisiana and other businesses in the surrounding areas. He served in various leadership capacities including: the Board of Directors of the Louisiana Oil Marketers Association, the National Distributor Advisory Council for Mobil and as past Treasurer on the Louisiana Lottery Board.

Mr. Cole received the Top Performance Mobil Oil 1 for Texas and Louisiana District, Award of Merit and Recognition with Cordial Business Relations, Top 50 Distributors in the United States, numerous Integrity and Dedication Awards and other recognitions throughout his life.

Pete Cole was a member of the First United Methodist Church in Winnfield, Louisiana. He was a former member of the Lions Club. His favorite pastimes were spending time with his family and his friends. He also enjoyed swimming and traveling around the world.

He was the son of the late Ira B. Cole and the late Maudie Hutson Cole and was also preceded in death by his grandson, Brenton Cole Hubbard.

Funeral services will be held at 10:00 AM on Friday, July 20, 2012 at Southern Funeral Home with Dr. Calvin Phelps and Reverend Pam Crews officiating. Interment will follow in Garden of Memories, in Winnfield.