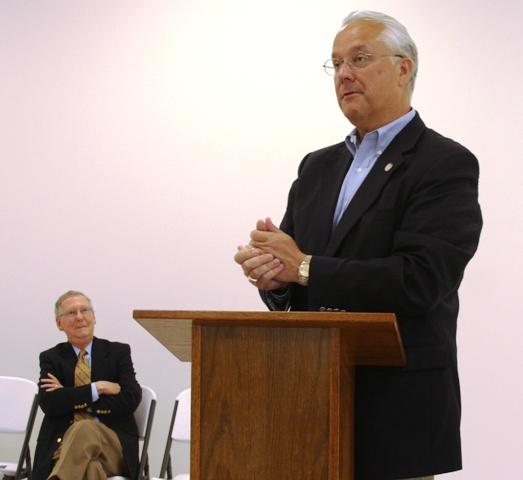 ” McConnell said despite Williams trailing in the polls Kentuckians are just starting to pay attention to the race. McConnell also pointed out that he came back from an even bigger deficit to become a senator.

McConnell stressed the need to make Obama a one term president and Williams the next Kentucky Governor.

Williams joking recalled his visit to Butler County in 1971 when he was playing football for Cumberland County.  “I was nearly killed by Roger Bratcher in that football game,” said Williams.

Morgantown resident James Dossey asked why Steve Beshear would not debate Williams. According to Williams Beshear will not debate because he cannot backup  the false accusations he has made or prove several of his claims of job growth in Kentucky.