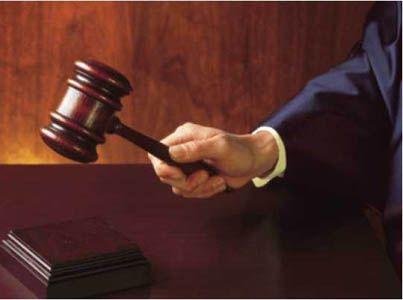 The ongoing legal proceedings against Timmy West, former Butler County Road Supervisor, took another twist last week when his motion to dismiss the citation and suppress evidence was rejected by Butler District Court Judge Renona C. Browning.  West, 43, was arrested while operating a county vehicle on July 3 for suspicion of driving under the influence and for other charges related to the possession of Hydrocodone.  West entered a plea of not guilty on July 23.  He resigned his position with the county on July 31.
On July 10, West, through his attorney, W. Currie Milliken of Bowling Green, made a motion in Butler District Court to dismiss the original citation and to "suppress all evidence seized as a result of the illegal stop."
The motion to dismiss argued that officers essentially had no cause to stop West.
West's motion reads:  "Prior to reaching the stop sign at the intersection of Highway 340 and Highway 79 (Brooklyn Road and Caneyville Road), it came across the scanner that someone from dispatch had called Deputy Chris Reneer requesting that he take a call.  Deputy Reneer responded that he could not take the call because 'he was fixing to make a traffic stop.' This call occurred before the Defendant reached the stop sign at the intersection of Highway 340 and 79.  The pretext for this stop was that the Defendant failed to give a turn signal."
According to West's motion, he turned left on Highway 79 and "Officers immediately turned on the blue lights, prior to his turning onto Oak Ridge Road in route to his home."
The motion claimed "there is absolutely no indication the Defendant was operating his vehicle in an unsafe or improper manner."  "To have been required to give a left turn signal (if he failed to do so) when this Defendant turned left on Highway 79 would have served no purpose, as there was no one to see it.  The incident occurred in a remote area in the northern part of Butler County, Kentucky at 10:00 at night, when there was virtually no traffic.  It appears that it is not coincidental that there just happened to be both a Deputy Sheriff and State Trooper at this exact location 'fixing to make a traffic stop.'''
Therefore, West's motion argued that "stopping an automobile and detaining an occupant constitutes a 'seizure' under the Fourth Amendment." Furthermore, the motions claims this to be a "classic case of pretextual stop where there was absolutely no suspicion that any criminality was involved."
A hearing was held on Monday, July 28 to consider West's motion to dismiss the citation and suppress evidence.  That hearing was held at Edmonson County with attorney J.B. Hines serving as prosecutor.  Butler County Attorney Richard Deye excused himself from the case, stating that his obligations to Butler Fiscal Court might be in conflict with his obligations as prosecutor.  Ohio County Attorney Justin Keown was contacted to be a special prosecutor but declined due to having previously represented West in another case.
Judge Renona Browning heard West's motion but rejected his arguments to dismiss the citation and suppress evidence.  Judge Browning acknowledges Fourth Amendment concerns with seizures but says the Defendant's application of previous case law is "misplaced."
Judge Browning's ruling was issued on July 29:
"Defendant correctly argues that stopping an automobile and detaining an occupant constitutes a seizure under the 4th Amendment to the U.S. Constitution, and therefore, without a warrant, there must be a reasonable and articulable suspicion of Defendant committing an offense for the stop.  Defendant is incorrect, however, when he argues that pretextual stops violate the Kentucky Constitution."
Judge Browning continues:  "There is no evidence in this case to dispute the fact that Defendant West failed to give a turn signal when he turned left off Brooklyn Road onto Hwy. #79.  His only argument is that because he could only turn right or left, and that there was no traffic to alert to his turn, that a turn signal was unnecessary and served no purpose."  Judge Browning further states that Kentucky Revised Statutes make it clear that using a turn signal in such instances is mandatory.
Citing two different cases, Judge Browning's ruling indicates that the use of a signal was "legally sufficient" for the stop (Commonwealth v. Fowler) and that a "police officer who has probably cause to believe a civil violation has occurred may stop a vehicle regardless of the officer's subjective motivation in doing so." (Wilson v. Commonwealth)
During the hearing, Butler County Sheriff's Deputy Chris Reneer disputed Kim West's testimony that "she recalled seeing both a KSP vehicle and Sheriff's vehicle in the parking area when they passed the fire station located on their left on Brooklyn Road immediately prior to the Stop sign on Hwy. #79."  (Kim West, wife of Timmy West, was a passenger in the vehicle at the time of his arrest.  Kim West was also deputy judge-executive at the time of the alleged offense but has since resigned her position.  She is not facing any criminal charges.)
Deputy Reneer testified that "while on patrol in this area, he came up behind Defendant's red truck and observed the truck cross the centerline twice while following it on Brooklyn Road."  Reneer then said he called KSP Trooper Josh Amos, who was parked at the fire station.
Judge Browning's ruling acknowledges the discrepancy in testimony between Reneer and West.
"While there is contradictory testimony concerning evidence of Deputy Reneer's allegations of Defendant's bad driving, and that of Defendant's witness Kim West, it is unnecessary for this court to make any inquiry or draw any conclusions thereof."
Judge Browning's ruling concludes that the "Defendant's motion to Suppress Evidence and Dismiss the Citation is hereby overruled, and all evidence seized as a result of this stop may be used by the Commonwealth in these proceedings against the Defendant."