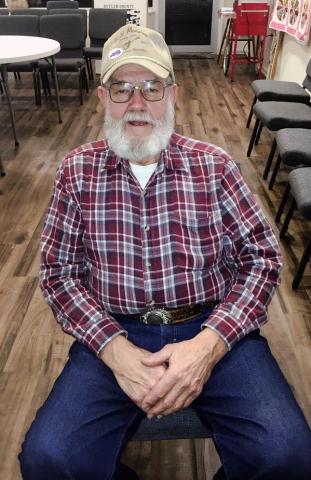 The Butler County Arts Guild provides many opportunities for kids to get involved in the community; one of these ways is fiddle lessons.

Fiddle lessons not only teach children how to play the fiddle but also teaches them Bluegrass music, which is an essential part of our community and culture. Wendell Snodgrass is the teacher for the lessons. He has been playing for 60 years and started playing on upright bass.  He then played on guitar, which he rhythms for the students to turn what they're doing into music.

Wendell said that he decided to play the fiddle because he likes the sound of it. Wendell also said that he recommends others to play music because "It's good entertainment and good brain food, it keeps you sharp, and it's good for the soul, the inward man."

Wendell decided to start the fiddle lessons because he said he likes to play.  He has performed at several places such as Beech Bend for three years, Channel 13 every Saturday with Odis Blanton, 22 years at the Ohio County Park, and at Rosin on Saturdays whenever he can. Wendell has been in several bands such as the Country Jamboree, Ray Ellis, and the Blue Star Wranglers, and his current band, the New Generations. He joined his first band when his friends played in a group and he wanted to play with them.

The most prominent place that he has ever played at is the Galt House in Louisville, in which he played the guitar for his grandsons' performance.

"That performance is one of the proudest moments in my life," said Wendell.

The fiddle is one of the hardest instruments to play because it takes a very long time to produce a decent sound, but Wendell says, "If you're going to play the fiddle, you have to want to play it, or you won't get anywhere with it."

The fiddle, just like any instrument, takes time to learn, but Wendell goes around to each person to help them out with whatever they need.

If you don't have a fiddle, that's okay.  You can still learn because there are fiddles there that you can practice with as well. They are accepting new members and if you want to give it a try, the lessons start at 6 p.m. every Tuesday at the Arts Guild.