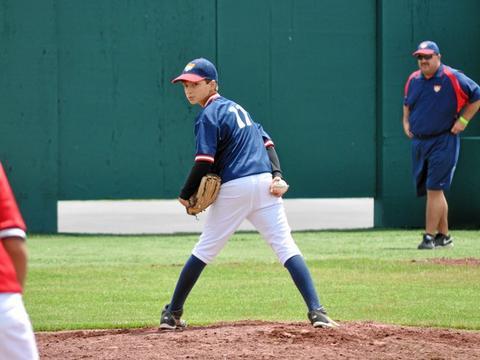 Twelve year-old Gage Ward, son of Scottie and Jamie Ward, played in the 2012 American Youth Baseball Hall of Fame Invitational Tournament in Cooperstown, New York, June 2nd through 5th. Ward played with his traveling team, the Western Kentucky Aces. He was the only player on the team from Butler County.

The tournament began on June 1st with a parade into the Cooperstown Dreams Park including all 104 teams from across the United States. The Aces were the only team representing Kentucky.

The Aces began play on June 2nd  at 11:00 am against the Texas Venom. Ward was on the mound and pitched a complete game allowing only one hit and one walk in the 5-0 win. The Aces played again at 4:30 pm against the Diamond Club out of Colorado. They picked up the 9-0 victory. The Aces suffered their first loss of the tournament the next morning against the Southern California Beast falling 11-3. They rebounded in the next game against the South Georgia Sandgnats and picked up the 12-2 victory.

The Aces picked up a 12-0 victory on June 4th against Mac N Seitz Royals out of Kansas. With the score at 10-0 in the bottom of the 5th and a 12 run-rule in effect after 4 innings, Ward came to bat with one on and two outs. He sent a line shot over the center field fence ending the game with a score of 12-0. The Aces played their sixth game of the tournament at 4:30 that afternoon against Future Baseball Club out of Florida and the Aces fell 11-4. Their seventh and last game was played on June 5th at 8 pm against GoNutz! out of Hawaii. Ward was back on the mound and had a 3-0 lead going into the top of the 5th inning. The wheels came off for the Aces and they fell 11-4.

The tournament ended on June 6th with all of the players being inducted into the American Youth Baseball Hall of Fame. Each player received a ring.

The Western Kentucky Aces ended the tournament ranked 27th out of 104 teams.