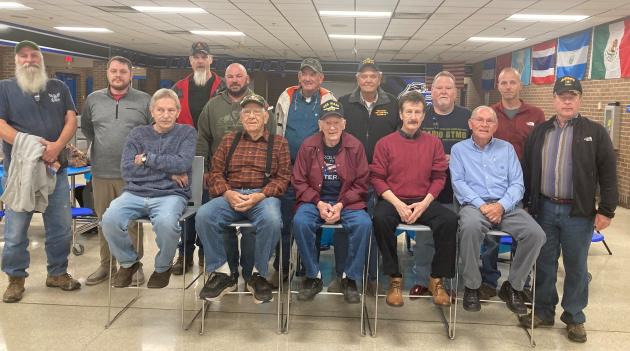 After breakfast, Linda Woods recognized the 2022 Veteran of the Year, Roger Worley. 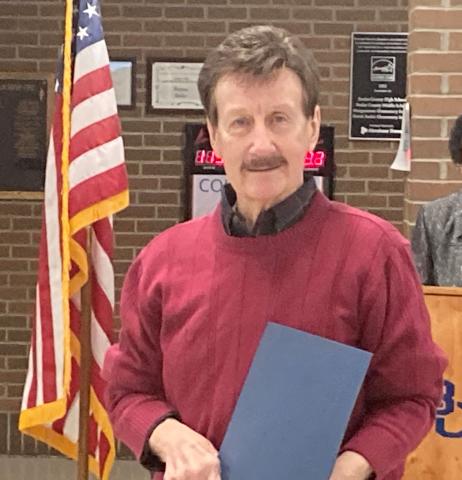 Roger was born in Leitchfield, KY, on September 13, 1948. He graduated from Ohio County High School in 1966 and attended the University of Evansville for one year. He entered the United States Army on December 13, 1968.

He completed his training at Fort Knox on Armored Personnel Carriers to serve as a Mechanized Infantryman. Roger arrived in Vietnam on May 21, 1969. He was assigned to the 39th Infantry Platoon in the 9th Infantry Division. The experimental unit consisted of only three amphibious war machines known as Hovercrafts on Air Cushion Vehicles or A.C.V.s for short.

He served as an Infantryman for three months on the daily search and destroy missions by day and night ambushes.

Next, he was promoted to onboard gunner. On his A.C.V. during the next 11 months, he operated three different machine guns, one of which fired 4,000 rounds per minute. He was then promoted to the rank of Sergeant ES and tasked with firing an automatic grenade launcher that fires 25 rounds per minute. Roger's platoon was part of the force that invaded the neighboring country of Cambodia to root out divisions of Vietnamese soldiers coming into Vietnam to make hit-and-run attacks on U.S. and Vietnamese armies.

On February 9, 1970, Roger's vehicle was blown up while racing to reinforce an infantry unit pinned down under heavy enemy fire. Fortunately, he was among the wounded but not killed.

After 421 days out of the country, he returned home and was discharged from active duty on July 15, 1970.

He subsequently was married and had two children. He worked for four years as an assembly line leader at Thomas Industries in Beaver Dam, KY, and served as President of the Local Union. He then went to work underground for Peabody Coal Company in Ohio County. He worked there for seven years. Next, he moved to Utah to work for three more years as a foreman in the coal mines. He then moved to Lubbock, TX, where he earned his Bachelor's Degree from Sunset Theological University. He then moved to Princeton, KY, to serve as the Princeton Church of Christ minister. In 1996, he married Deborah Rose Worley and has since resided in Butler County, KY.

He feels humbled and honored to receive this recognition. He says he only did that which was his duty to do for the privilege of living in the great United States of America. 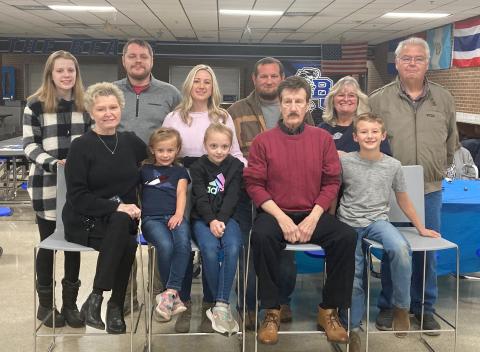 Debbie Rose Worley read all the names of the Veterans in attendance. 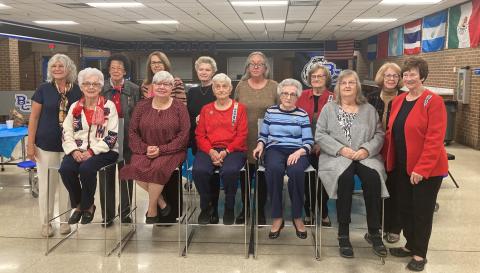