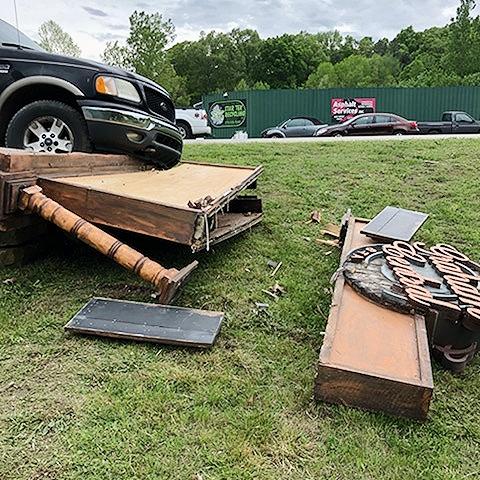 According to the police report, Hendrick stated she saw the truck coming but thought she had enough time to pull out.  Summers stated she pulled out in front of him and he was unable to stop.  The truck struck the car in the back driver's side. The truck then traveled off the east side of the roadway striking Graham Central Station's wooden business sign before coming to a stop.

The car traveled off the west side of Caneyville Road before coming to final rest in the parking lot of Star Tek Recycling.  Hendrick was transported to Greenview Hospital.  Summers and his passengers, Chris Johnson and Zachary Smith, were not injured.