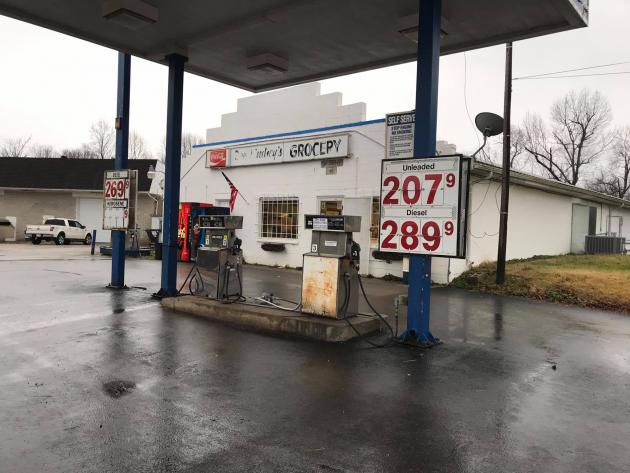 UPDATE 2/12/21 5:34pm  According to Butler County Sheriff Scottie Ward the two individuals that robbed Vanburen's Market are in custody.

Jamie Nicholas Douglas, 19 is lodged in the Butler County Jail.

UPDATE: 2/11/21 2:30pm  According to Butler County Sheriff Scottie Ward the vehicle has been located.  The blue Jeep was found in Rochester near the Green River, still running with the lights on, heading toward the water.  Evidence was located inside the vehicle linking it to the robbery and one of the suspects.  Check back for updates.

Vanburen's Market, located at 5740 Caneyville Road was robbed at gunpoint this afternoon by two white males.  The two men fled in a vehicle described as a blue SUV, possibly a Volvo, traveling north on Caneyville Road.

The suspect with the gun stands about 6 foot and has dark hair.  The second suspect was wearing skinny white jeans and a dark hoodie.  They were both wearing masks and described as slender.

Anyone with information on this robbery is asked to contact the Butler or Grayson County Sheriff's Office.