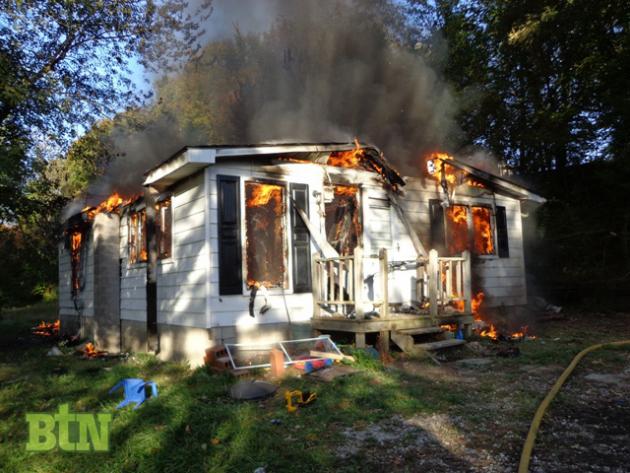 The fire that gutted a Morgantown residence Monday morning has rekindled. After the fire was extinguished yesterday, firefighters were keeping an eye on several hot-spots. One of these hot-spots flared back up in the early morning hours. Firefighters were paged back to the residence just after 7 a.m. this morning. Assistant Fire Chief Tim Hampton says that the structure has been deemed unsafe to enter by police and the men on scene are keeping the blaze contained. The cause of the initial fire is under investigation.

Fire ripped through a Morgantown home this morning resulting in what officials are describing as a total loss of the house.

Morgantown Police Sergeant Andy Gidcumb discovered the fire at 459 S. Tyler Street and made the call in to dispatch just before 9:30 a.m.

The house is a rental house belonging to Richard and Paulette Gidcumb. No one was at the home at the time of the fire.