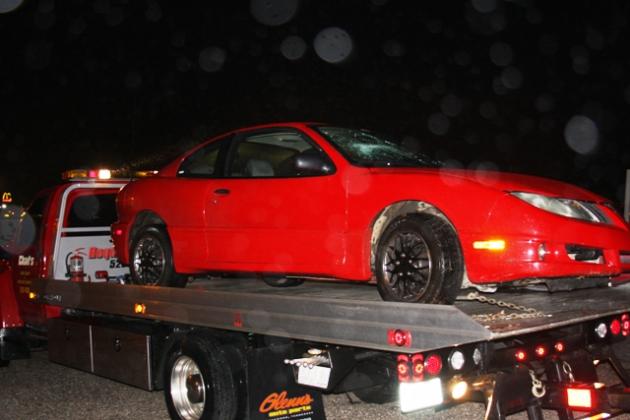 A pair of crashes closed a two separate highways in Butler County on Wednesday evening.

At approximately 4:15 p.m. Trooper Brian McKinney of the Kentucky State Police responded to an accident on O. Embry Road in north Butler County. McKinney told BTN that two cars, a 1998 Chevrolet driven by Flora Wright, age 57, and a 2005 Pontiac driven by Crystal Strickland, 20 collided in a “sideswipe headon” crash on the narrow road. No injuries were reported, but the road was closed for over an hour while the crash was cleared. Trooper McKinney says he believes both drivers misjudged their clearance on the tight quarters of the road.