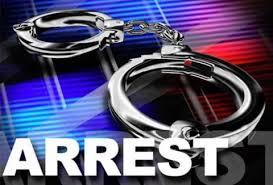 Investigations into reports of illegal activity at two Bowling Green massage parlors led to four arrests over the weekend on charges that include promoting prostitution.

The phone number for one business, Blue Sky Spa on Dishman Lane, appeared in 39 ads in the past month on websites advertising commercial sex acts, with Blue Sky Spa specifically named in some of the posts.

Detectives conducting surveillance outside Blue Sky noticed all the patrons were men, and police executed a search warrant and interviewed the owner, Huadi Chen, 44.

“Chen said she didn’t know she was advertising on sex forums,” BGPD Detective Ryan Dillon said in an arrest citation.

Police using a dark light found what was believed to be semen on the beds, floors, a massage table, light switches and walls in the business.

Chen was arrested Friday on charges of promoting prostitution (two or more prostitutes), second-degree wanton endangerment and practicing massage therapy without a license.

City police arrested Saturday three people at Lavender Massage on Russellville Road after receiving a complaint of illegal activity there.

Officers fielded a complaint there on Tuesday that led to Lu Yuanying, 46, being cited Wednesday for practicing massage therapy without a license.

In arrest citations, Dillon noted that he received word Friday that Lavender Massage was open, with a steady stream of male customers.

Dillon drove by the business Saturday and stopped there after noticing it was open. When he walked inside, he found Yuanying giving a man a massage, according to an arrest citation.

Another employee, Lu Caiyuan, 54, was also found to not have a license to practice massage therapy.

Both women claimed they did not understand they were not supposed to give massages, despite the earlier visit and citation from police, court records show.

“Lavender Massage is a very popular destination according to people on several local sex forums,” Dillon said in an arrest citation. “I asked the employees about prostitution and they adamantly denied doing anything illegal.”

The owner, Li Jionggang, 55, has a California massage license that has not been transferred to Kentucky, according to court records.

“I asked Li why there are advertisements for Lavender Massage on sex forums and he said he pays for the advertisements but doesn’t know the name of the person he pays,” Dillon said in the arrest citation.

No women were seen entering the business while it was surveilled by police for nearly a week before the arrests, records show.

Jionggang, Caiyuan and Yuanying were each charged with engaging in organized crime and practicing massage therapy without a license.

The four were placed in Warren County Regional Jail under $10,000 cash bonds and set to appear Monday for arraignment before Warren District Judge John Brown.