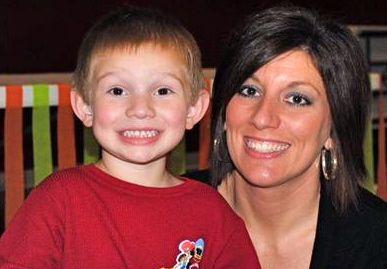 I used to think that most mothers worried too much....and then I became one.  I have learned more in the past 3 years than probably I have in my entire life.  I also never realized how much I was like my own mom....until I became one.

I can say that I grew up with a wonderful Godly mother.  She always put her children before herself.  There were times that I may not have gotten what I wanted, but there were never times that I didn't have what I needed.  My mom always seemed to find a way to make it all better.  Of course some of those times consisted of some "tough love"....and boy did she make me mad sometimes!  When all was said and done though , I earned so much respect for her from those times.  She always had advice when I asked for it...and sometimes when I didn't want it.  It wasn't her telling  me what I wanted to hear, but rather always what I needed to know.

I'm so thankful that she too had a wonderful, Godly mother.  My grandma set an example, and my mom has too.  I only pray that my children will see a Godly example in me as well.  Of course I want my boys to have fun growing up, and to have wonderful  "things"....most of all I want them to have God in their hearts, love, good  morals, respect for others and themselves.  Having those in their life will give them so much  and take them to great places.

Happy Mother's Day to my mom...and to all moms.