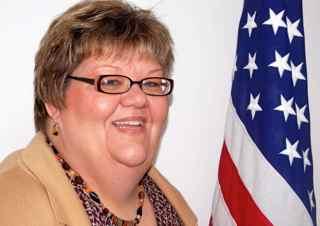 Typically ticks begin to appear in late spring and early summer as warm weather sets in, but this year, cases of the annual pest were reported three to four weeks earlier than normal, said agents with the University of Kentucky Cooperative Extension Service. Extension offices been receiving calls about ticks for well over a month already from homeowners, farmers and hunters.

The early appearance of ticks is likely due to the weather earlier this year.  “Winter survival was probably higher due to the mild winter, and the tick season started earlier because of the warm spring,” said Lee Townsend, extension entomologist with the UK College of Agriculture.

Neither tick carries Lyme disease. Infected American dog ticks can transmit Rocky Mountain spotted fever. Fortunately, the incidence of disease is very low in this state. Researchers are studying a possible link between the lone star tick and Southern Tick Associated Rash Illness (STARI) and human ehrlichiosis. Individuals who experience flu-like symptoms within two weeks of a bite or exposure to a tick should see a doctor and report any exposure to ticks.

Richard Whitis, Pulaski County agriculture and natural resources extension agent, received some very early questions about ticks and tick identification. They were due to the blacklegged tick, a species only occasionally found in Eastern Kentucky before this past winter. Unlike the other two ticks, adult blacklegged ticks are most active in November through April. The blacklegged tick is most commonly found in the Northeast and north central states.

The blacklegged tick is the main vector of Lyme disease in the Northeastern and north central United States. While this tick also occurs in the Southeast, the risk of Lyme disease is very low across the region. This appears to be due to a major difference in feeding activity by immature stages of the tick. The tiny nymphs, which are the important stage for transmission of Lyme disease in the North and Northeast, do not appear to feed on humans in the South, Townsend said. Only adults have been found on humans in Kentucky. Since it is a new tick to the state and has potential human health implications, individuals who suspect they’ve found a blacklegged tick or nymph, should send a sample to their local office of the UK Cooperative Extension Service for identification.

Individuals can take several precautions to protect themselves from ticks. Wear light-colored clothing so ticks are easier to see. Use repellents containing DEET or Picaradin or clothing sprays with the ingredient permethrin. Please note the Environmental Protection Agency warns not to put DEET containing products on childrens’ hands or near their eyes or mouth and to never put them on infants younger than two months. Keep lawns next to woods or bushy areas mowed. When individuals are working outdoors, hunting or hiking, they should inspect clothing, themselves and pets regularly for ticks. Ticks generally crawl around the body for an hour before attaching to feed so careful inspection is important, Townsend said. Avoid common tick habitats including tall grass, weeds, brush and forested areas as much as possible.

Submitted by Kim Coffman (not verified) on Mon, 28/05/2012 - 9:41am
I searched online symptoms for cats with lyme disease because both of my outside cats died suddenly and they had all the symptons so please becareful and keep your animals protected the symptoms they had were sensitivity to light seemed to have soreness in joints and vomiting it really happened very quickly so didnt have time to even get to the vet