Tennis Wraps Up Season with Banquet 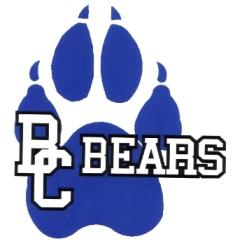 On May 14th, the BCHS Girls and Boys Tennis Teams held their banquet to commemorate the 2012 season. With a packed crowd in the board meeting room at the Learning Center, a potluck meal was served and awards were given out. There were no seniors on either team so that award was not given out this season. Winners were as follows:

The final three awards were voted on, by the players during the final week of the regular season:

Most Outstanding Performance: Chanda Hampton for her 3rd place finish at the OVSS Tournament (G) / Matthew Embry & Dakota Merrick for their 6-1 6-1 win (vs South Warren) in the quarterfinals of the Green River Invitational (B)

With the end of the high school season, a reflecting of the season would easily consider this an overall good one for both teams. Since the tennis teams were moved to the third region in 2005, no girl had ever laid claim to a seed at the OVSS Tennis Classic. In 2012, two girls were seeded. Also, for the third time in four years, someone from Butler County brought home a trophy from the OVSS (Chanda Hampton, Girls Singles Third Place).

The girls laid claim to their fourth straight winning season. The boys were 6-13, which was an improvement from 2011, when they were 1-11.  This, despite the boys losing half of their 2011 starters.

Individually, first year player and sixth grader Brennan Grubb amassed 20 individual wins (singles and doubles wins combined). On the girls side, Sierra Fields won 24 matches and Chanda Hampton won 20. Two more girls were easily within striking distance of 20. Not a single girl or boy on either of the two teams had been able to lay claim to 20 wins since 1999 when two boys had personal totals of 22.

At the Green River Invitational, the girls won a share of the team title for the third straight time, (winning it outright for the second straight time). The girls also laid claim to the girls singles championship and a finalist appearance in girls doubles. On the boys side, four of six boys brought home a trophy from the Green River Invitational. (1 for backdraw singles championship, 1 for backdraw singles finalist, and 2 for backdraw doubles finalists).

At region, the girls had four girls (2 singles, 2 in doubles) make the quarterfinals or better for the second straight year. The four girls who were seeded (2 singles players, 1 doubles team) were the most by any Butler County girls tennis team since the early 1990s.

Chanda Hampton's appearance at the KHSAA State Tournament marked the third time in the past five years that a Butler County girl or boy tennis player had qualified for state (2008, 2010, 2012).