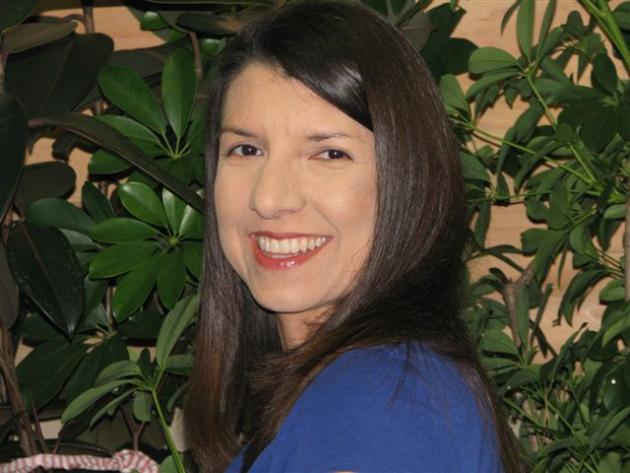 When Ohio County High School Spanish teacher, Jana Shultz, learned that she had been nominated for the KWLA (Kentucky World Language Association) Outstanding Spanish Teacher of the Year award, she believed the odds of walking away with the title were not exactly in her favor.  After all, Ms. Shultz was up against teachers from across the state, many of whom were from school districts that were well-funded, an advantage that OCHS did not enjoy.

“I built my program by rolling up my sleeves and doing it on my own,” Shultz said.  And what a program it has become.  The Spanish program at OCHS, where Jana has taught for the past 18 years, includes dual credit options with Western Kentucky University, student travel to nine different countries (spring, fall and summer), and a hands-on approach that encourages students to find native speakers in their own communities, and challenges them to broaden their views of cultures different from their own.

Jana’s passion for her students and the impressive Spanish language program she built from the ground up did not go unnoticed by the members of the KWLA awards committee.  At the awards luncheon, held in Lexington on Saturday, September 22nd, Ms. Shultz walked away with not only the Outstanding Spanish Teacher of the Year award, but took the top honor of Outstanding World Language Teacher, as well.

The members of the committee cited Shultz’s essay (one of the criteria for each nominee) as a tipping point in her favor.  The essay compares the process of learning to speak a language to the process used when cooking, emphasizing the importance of taking the time, doing the work, and using quality ingredients.  She credits Butler County High School teacher, Sylvia Abel, with teaching her the foundations of writing.  “That knowledge has taken me far,” she says.

Jana Shultz is a native of Butler County, attending grades K through 12 in the county’s school system.  She is the daughter of Shelia and Micheal Phelps and Richard and Paulette Gidcumb, all of Butler County.  The road to Spanish Language teacher has taken her through culinary arts school in Louisville, a major in Spanish at Western Kentucky University in Bowling Green, a study abroad in Ecuador, a master’s degree from the University of Southern Mississippi (earned over a three-summer period in Mexico), travel to nine different countries, and a National Board Certification.

Hard work and perseverance, that’s what it has taken, and those are the traits she credits her mom, Shelia Phelps, with teaching her.  “My mom has always been about making something from nothing. She is the ‘Where there’s a will, there’s a way’ person,” Jana says, “I get my creativity and my perseverance from her.”

The Outstanding Teacher award has been a bit overwhelming, Shultz admits.  “It’s all made my head spin,” she says, “But it also motivates me to do more to continue to support world languages and cultural diversity, and to get the community excited about it.”

Jana Shultz will continue to compete for the title of Outstanding World Language Association teacher on the regional level, next spring in Alabama, at the SCOLT Awards.  The southern conference includes Kentucky and nine other states.