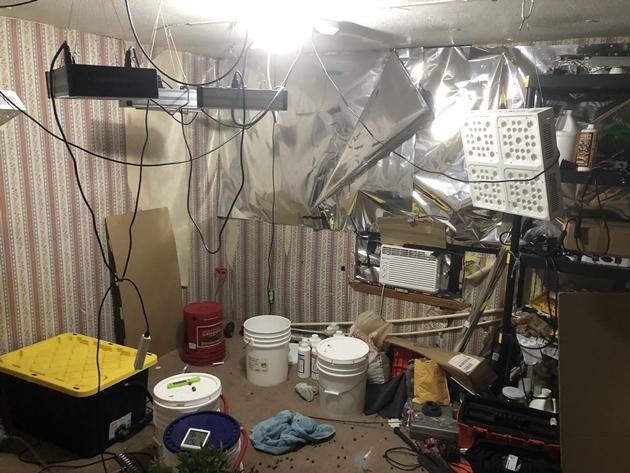 Butler County EMS and deputies with the Butler County Sheriff's Department were dispatched to 883 Richland Church Road on Wednesday, October 7, around 2:31 p.m. for an unresponsive male, suspected overdose. Butler County Coroner Marty Jones pronounced Jesse Todd Bowling (DOB 3-20-79) dead at the scene. Deputy Chris Reneer responded and made contact with EMS in the driveway, learning the male was deceased.

Upon entering the residence, Reneer detected a strong marijuana odor. While searching for evidence of the substance that could have caused the overdose, an indoor marijuana grow was found in the bedroom with eight plants located. Ten plants were hanging from the ceiling in the bathroom, which joined the 2-year-old female's room.

Ariana C. Doherty (DOB 8-25-91) was arrested and charged with cultivating marijuana (5 plants or more) 1st offense and endangering a minor's welfare. She is lodged in the Butler County Jail. The 2-year-old child was taken into protective custody by Social Services.