Stuff the Bus raises over $1,000 for local students 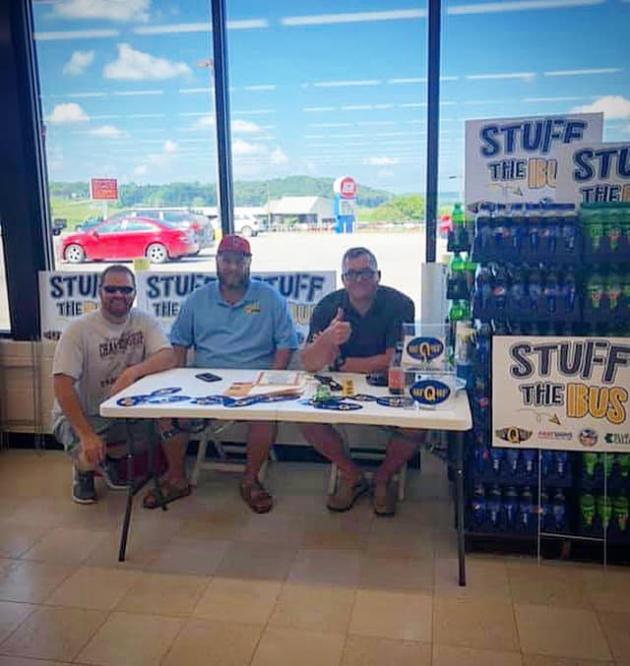 For 14 years now, the Stuff the Bus Foundation has been working to provide school supplies and opportunities to children and families in need.

Stuff the Bus is a non-profit foundation with the mission to “Provide a level playing field for all children in Southern Kentucky.”

For many years, Butler County has been among the many counties in the state that take part in the program. WLBQ 101.5 South and 103.5 North has been a promoter of the event for the past few years. The Stuff the Bus event in Butler County has taken place at the local Houchens IGA in Morgantown. The station's very own hosts have promoted and hosted the event for the past three years. Station hosts include Brent Clark, Josh Hampton and Cody Donaldson.

The Stuff the Bus event kicked off in early July and continued for about two weeks in Butler County. Live shows were recorded at the IGA on Friday, July 12 and 19 by WLBQ.

Radio members set up at the store and spoke live at the event encouraging people to donate, interviewing customers and collecting donations. According to Hampton, Stuff the Bus has raised approximately $1,400 through mobile sales.

All proceeds from Stuff the Bus will remain local, meaning 100% of the money raised in Butler County will stay here for children in the community. Stuff the Bus has also recently added many additional counties and surrounding areas to the locations that are now able to take part.

Free events will be held this weekend at the Bluegrass Cellular in Bowling Green on Campbell Lane. this Friday, July 26 will be a free Kidz Block Party with activities and giveaways. On Saturday, July 27 there will be a 12 hour live telethon broadcasted on Facebook Live and WNKY with onsite school supply collections and open lines to accept donations from callers.

For more information or to donate, visit https://www.stuffthebusky.com/ or their Facebook page. You can also call 270-781-2121.