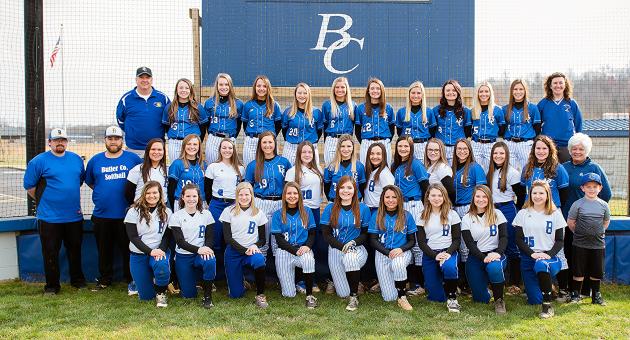 The 2019 high school softball season is underway in Kentucky and the Butler County Bears have played nine games so far, sporting a 6-3 record.

A trio of experienced seniors are leading the ways for the Bears.  They are pitcher Kylee Smith, centerfielder Dixie Garnier, and second baseman Amber Thacker.

At the varsity level, Allie Hunt (P/IF), Evyn Frazier (P/1B), and Andrea Deweese (IF/C), bring added depth to the varsity team, as do others on the junior varsity squad.

Two freshmen - Bella Akers and Carley Jones - are doing double time as both are players in the JV and freshman teams.

For the first time, Butler County has a stand-along freshman team with Coach Colten Cardwell at the helm.

Freshmen Kaylee Dockery and Autumn Gidcumb (along with Akers and Jones) join a group of 7th & 8th graders to comprise the team.

All three squads have round-robin tournaments at home this year and a relatively full schedule of games.

"We have a great group of young ladies who have been working hard for a while now," said head coach John Embry.  "From freshmen to varsity we have strong numbers with 32 players on three squads.  We are looking forward to a fun and successful season."