SOFTBALL: Bears pick up win over Grayson; stand at 8-6-2 on the season 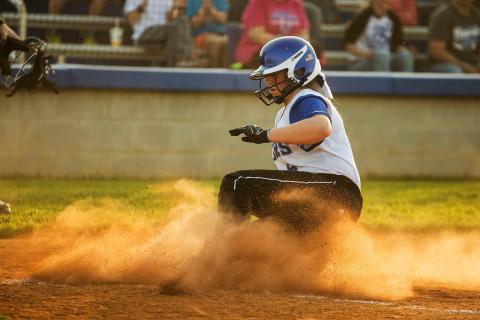 Butler County Softball dropped two varsity games last week but were able to pick up a much-needed 8-7 district win on Friday night at home against Grayson County.
A back-and-forth affair, Butler County junior shortstop Maddie McKinney launched a two-run homer in the 6th inning to give the Bears the lead - a lead they would hold in the 7th to secure the victory.

For the game, McKinney racked up three RBIs on two hits for Butler County.  Junior pitcher Zoie Pendley got the win for the Butler County despite allowing seven runs over seven innings. She struck out six, walked none, and surrendered 12 hits.

The top of the third saw Grayson County take an early 2-0 lead.

---
Earlier in the week, the Bears were on the losing end of a 9-6 score with a loss to Grayson County at Leitchfield.

Junior catcher Cheyenne White racked up two RBIs on three hits for Butler County. She singled in the first and third innings and doubled in the seventh inning.

Grayson County was sparked by Lauren Decker and Kara Decker, who teamed up for eight hits and seven RBIs.

The top of the first saw the Bears take an early lead at 1-0. Madison Clark got things going for Butler County with a single. A groundout by Taylor King then moved Clark from first to second. White singled, bringing home Clark.

Grayson County stayed on top until the final out after taking the lead in the fourth, scoring five runs on an error, a three-run home run by Decker, and an RBI-single by Snyder.

Two runs in the top of the seventh helped Butler County close their deficit to 9-6. An RBI-double by Maddie McKinney and an RBI-double by White sparked the Bears' rally.

On Thursday, April 14, Butler County surrendered a sixth inning lead to Hancock County in a 5-3 defeat on the road.

The Bears scored a run in the third inning and a pair of runs in the sixth in the losing effort.

A three-run homer by Hancock County in the bottom of the sixth inning gave the Hornets their margin of victory.