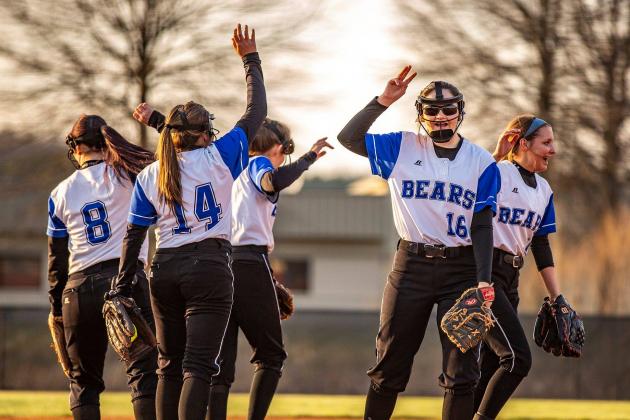 Butler County falls to Male:  Butler County fell behind early and couldn't come back in a 10-0 loss to #1 Male on Saturday afternoon. The Bears struggled to contain the high-powered offense of Male, giving up ten runs.
A single by Hannah Chaney in the fourth inning and a spectular catch over the fence by Bayleigh Alford were positive notes for the Bears.
Kylee Smith toed the rubber for Butler County. She went four innings, allowing ten runs on nine hits, striking out one and walking one.
Chaney went 1-for-2 at the plate to lead the Bears in hits.
Butler County 11, Presentation 3

Kylee Smith  had all the right stuff on Friday for Butler County Bears, allowing zero runs and besting Hopkinsville by a score of 10-0
Hannah Chaney led the Bears to victory by driving in four runs. She went 2-for-3 at the plate. Chaney drove in runs on a double in the second and a double in the third.
Butler County got things started in the first inning. Bayleigh Alford grounded out, scoring one run.
Butler County put up six runs in the second inning. The offensive onslaught came from singles by Aubrey Clark, Amber Thacker, and Alford, an error on a ball put in play by Aleace Hall, and a double by Chaney.
Smith took the win for Butler County. She lasted five innings, allowing two hits and zero runs while striking out six and walking zero.
Butler County Bears tallied nine hits in the game. Chaney, Alford, and Thacker all collected multiple hits. Thacker, Alford, and Chaney each collected two hits to lead the Bears.
Bears fall to Daviess County in slugfest