Snappers four-run first too much for Hot Rods 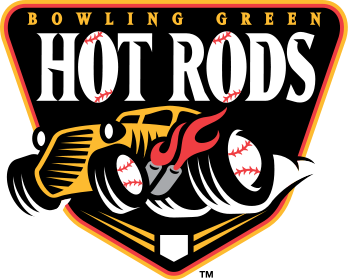 Beloit, WI – The Bowling Green Hot Rods (13-8) were unable to overcome a four-run first inning by the Beloit Snappers (11-10) on Thursday night at Pohlman Field, falling 8-3.  The losing effort marks the first series loss for the Hot Rods since dropping two of three in West Michigan on the season’s opening road series on April 9-11.

Beloit scored in each of the first four frames, starting fast out of the gates with four runs off of Hot Rods starter Jake Floethe in the first inning.  Before recording the game’s first out, the Snappers had already taken a 1-0 lead and the bases were still loaded.  The eight runs allowed by Floethe are a career high for the former Cal St.-Fullerton pitcher.

The Hot Rods finally got on the scoreboard in the top of the sixth inning.  With one out, Ryan Brett, Drew Vettleson, and Todd Glaesmann all singled.  Then, with two outs, Matt Rice drew a bases-loaded walk to bring in the first run.  The next batter was Cameron Seitzer, who drove home two more to cut the deficit to five.  Seitzer later added his third hit, but the Hot Rods could not scrape anything else across the scoreboard in the losing effort.

As the nine-game road trip continues, the Hot Rods will look to avoid the sweep on Friday night in Beloit as they send LHP Felipe Rivero (2-1, 0.00) to the mound.  The Snappers will counter with RHP Madison Boer (1-2, 3.74).  Join Hank Fuerst for the Forever Communications Pre-Game Show at 6:10 PM on the flagship station for the Hot Rods Radio Network, 1340-AM “The Ticket”, or tune in to the game online at 1340wbgn.com.