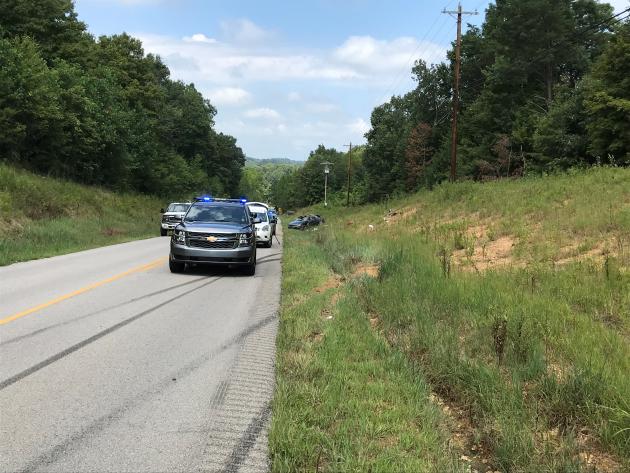 Mammoth Cave, KY  (August 7, 2019)- On Wednesday morning at 9:52 am (CST,)  the Kentucky State Police Post 3, Bowling Green received a call for service in reference to a single vehicle collision that had resulted in a fatality.  The collision had occurred near 1800 Nolin Dam Road (KY 728,) in the Mammoth Cave community of Edmonson County. KSP personnel responded to the scene of the collision.

A preliminary investigation has revealed that Charlotte A. Newton (58) of Leitchfield, KY was operating a 1996 Buick passenger car traveling westbound on Nolin Dam Road when her vehicle briefly exited the edge of the roadway.  Newton reentered the roadway overcorrecting, causing her vehicle to exit completely off the right shoulder of the westbound lane.  Upon exiting the roadway, the vehicle overturned, ejecting Newton before coming to final rest.

Charlotte Newton was pronounced deceased on the scene by the Edmonson County Coroner’s Office.  A passenger in the vehicle, Charles W. McStoots (17) of Mammoth Cave, KY was flown to the University of Louisville Hospital for treatment of non-life threatening injuries.  Both occupants were unrestrained at the time of the collision.