Simple things add up to success for Ogden Foundation Scholar 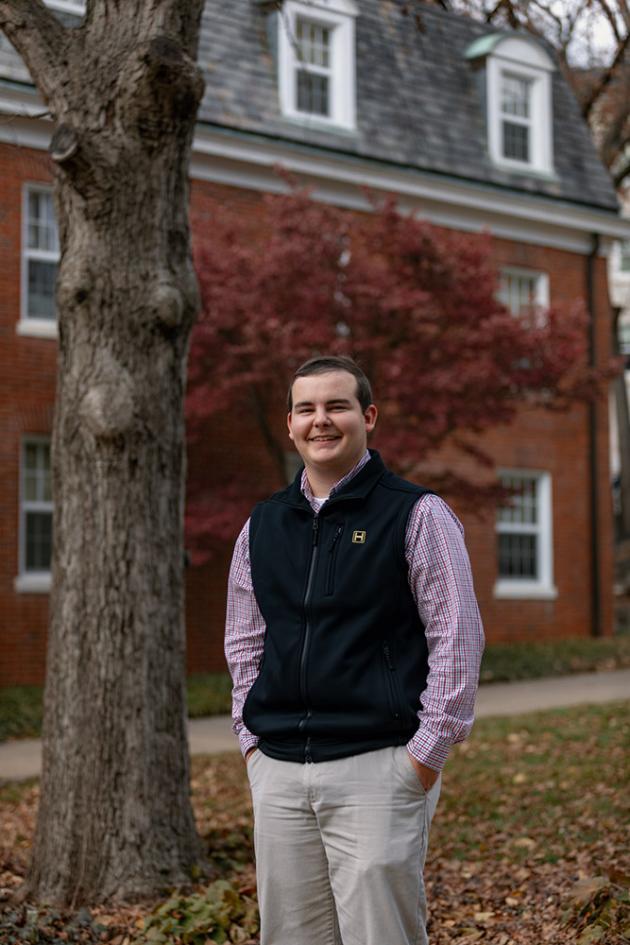 Aaron Jacobs, a senior Accounting major from Morgantown, was surprised and honored when he was notified that he had been selected as WKU’s Ogden Foundation Scholar.

“I was excited,” said Jacobs, who will receive WKU’s top undergraduate academic award on Dec. 14. “I couldn’t believe it. I’m just a simple guy.”

Jacobs, who has a minor in Agriculture, said learning the simple things – integrity, grit and social awareness -- has prepared him for success in a complex world.

“Being here at WKU has provided me with a lot of opportunities,” said Jacobs, the son of Jarrod and Becky Jacobs.

Those opportunities include developing relationships with faculty members in the Gordon Ford College of Business, learning about integrity and grit through coursework and an accounting internship, building his social awareness by working with children in his hometown, and working on his master’s degree through the Accounting JUMP Program.

The Joint Undergraduate-Masters Program has provided the best of both worlds in undergraduate and graduate instruction, he said. “You get to see not only the concepts which may be a little abstract in the undergraduate, but you also see the applications in the graduate format so that’s why I really appreciate the JUMP program.”

Jacobs, who was homeschooled, has always been interested in math but didn’t decide to pursue accounting until he got to WKU. “When I took Accounting 300 with Dr. Mark Ross, I was still kind of up in the air,” he said. “Do I want to be a finance major? Do I want to be an accounting major? I took his class and it really clicked and really connected so based on that I decided to follow accounting.”

Jacobs will complete his master’s degree in May then plans to take the CPA exam. His goal is to open an accounting practice in the Morgantown area.

“Along with that accounting skill, I want to provide my skills to help smaller communities. That’s been my passion. That’s why I’m getting an agriculture minor along with accounting major,” he said. “I’ve enjoyed communities where you know one another and care for one another.”

Another opportunity offered by WKU – “a great university, so close to home” -- has been Jacobs’ ability to commute to campus. That has allowed him to remain a part of his family’s bluegrass band Becky and the Butler County Boys.

Jacobs plays mandolin and his brother Luke, a WKU freshman, plays the fiddle with their dad on guitar and mom on bass. The family plays regularly at events in the region, including Rosine, the home of bluegrass legend Bill Monroe.

Jacobs will be honored as the Ogden Foundation Scholar during the Gordon Ford College of Business recognition ceremony at 8 a.m. Dec. 14 at Diddle Arena. The award is presented to one graduating baccalaureate degree senior who has demonstrated exceptional academic achievement and outstanding university and civic engagement.