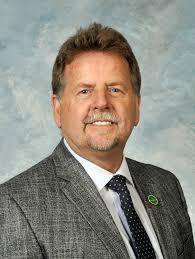 “As a legislator in Kentucky’s General Assembly, I have the unique opportunity to vote and protect conservative values,” Sheldon said. “I am honored to be recognized for my efforts and will continue to support legislation that protects the Constitution. I am grateful to the citizens of 17th district who have entrusted me with the privilege to serve.”

The ACUF’s Ratings of Congress and Ratings of the States are designed to show the way over 8,000 elected officials across the nation view the role of government. The ratings for Kentucky illustrate the differences between chambers of the legislature and reveal lawmakers’ positions on a variety of issues that directly affect Kentuckians.

In a letter to the 2020 award recipients Chairman Matt Schlapp stated, “The American Conservative Union Foundation’s Center for Legislative Accountability is proud to present our Ratings of Kentucky for 2020. The ACUF’s Ratings of the States are meant to reflect how elected officials view the role of government in an individual’s life. The Left has stormed our nation’s corridors of power to take control over the lives of every American. Now, they have set their sights on the states, freedom’s last line of defense. We hope these ratings will empower each and every American to hold their officials accountable and to rally behind the conservative champions who defend our freedoms in statehouses around the country.”

The ACUF, host of the Conservative Political Action Conference, released its ratings of the 2020 Kentucky General Assembly and reviewed legislation voted on in both chambers of the legislature to produce average scores of the House and Senate as well as individual scores for each sitting member.