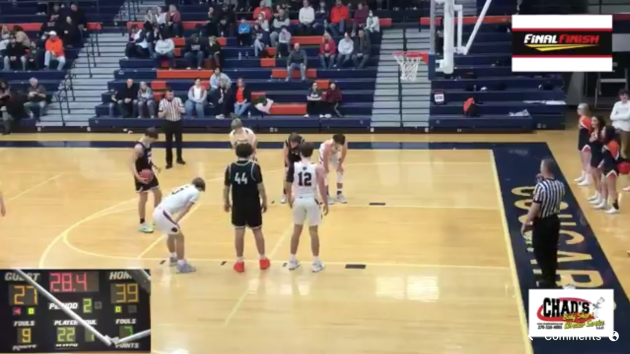 Butler County dropped to 11-4 overall and 0-1 in the 12th District following the loss.

With the win, Grayson County improved to 9-7 overall and 2-0 in the 12th District.

Grayson County led at the conclusion of each quarter, edging the Bears 15-14 in the opening period.

Host Grayson County led 39-28 at halftime and carried a 50-45 lead out of the third quarter.

Keegan Sharp and River Blanton combined to lead Grayson County to the district win, scoring 19 points apiece for the Cougars. Sharp hit the game-winning shot for the Cougars.