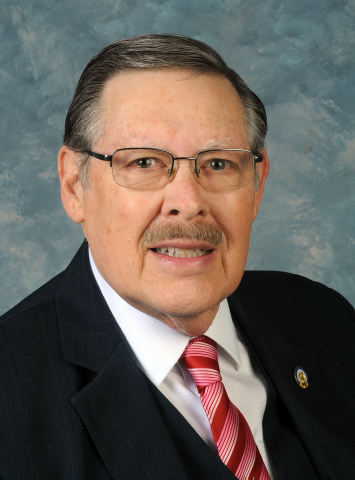 It was an honor to serve you and our district at the Capitol during the 2020 Regular Session. With a reduced staff and no visitors, efforts to promote social distancing left the Capitol much quieter than usual for the final days of a budget session. However, the legislature continued to work tirelessly to complete the people’s business in a timely, but healthy manner, meeting only 53 legislative days—seven days less per the Kentucky Constitution.

Going into this year’s legislative session, we knew that its success would be measured on the passage of a balanced 2-year budget plan for the Commonwealth. Indeed, the worldwide pandemic prompted us to step back from tradition and make changes to session procedures while remaining dedicated to our constitutional obligations. The difficulties of making long-term revenue projections amid the pandemic shifted our focus from a 2-year budget to instead passing a simple 1-year spending plan.

The Senate joined the House of Representatives to override all gubernatorial vetoes to the state budget bill. The overrides, among other things, will give Kentucky’s Attorney General the final word regarding any questions that arise regarding the interpretation of House Bill 352 or the transportation cabinet budget. Under current law, the finance cabinet has the authority to decide questions regarding the meaning of the executive branch and transportation cabinet budgets when the General Assembly is not in session.

Veto actions on House Bill 351, often referred to as the revenue bill, were also overridden. The 1-year $11.3 billion spending plan spends less than expected just a few months before the pandemic reached Kentucky. Still, the budget maintains current funding levels for most services across state government. It also has approximately the same total state funding level as that currently exists for Support Education Excellence in Kentucky (SEEK), the state’s core kindergarten through 12th-grade funding formula. It provides millions of dollars for enhanced school security measures and school-based mental health service providers. Both were called for in the 2019 School Safety and Resiliency Act, the critical school safety measure that passed last year.

In addition to budget measures, the House and Senate passed historic legislation on issues relating to COVID-19 relief, education, human rights, mental health services, veterans, and others, many which passed with bipartisan support.

I sponsored a piece of legislation this year that I am proud to say has been signed into law by the Governor. The passage of Senate Bill 21 will now allow Kentucky veterinarians to make good faith reports of suspected abuse of animals under their care without a waiver or court order. Kentucky is known for agriculture, but we continue to be an outlier in national animal abuse rankings. Therefore, I am pleased the Kentucky General Assembly is continuing to prioritize animal welfare measures to help combat the abuse of animals across the Commonwealth.

Attached is a list of notable legislation that will be implemented as a result of the 2020 Session. For more information on these laws and others, visit www.legislature.ky.gov.

The 2020 Regular Session was undoubtedly unique. An abundance of gratitude is owed to those keeping us safe and healthy during challenging times. I have been impressed with our doctors’ and first responders’ continued dedicated service. Our educational professionals have also stepped up, as teachers and students grapple with finding ways to adapt to these times. It goes to show how blessed we are as a community and a Commonwealth. I ask you to join me in thanking these selfless individuals.

I would also like to thank you for your continued support, criticisms, questions, and comments.

Although the session is over, we will be participating in interim committee meetings throughout the remainder of the year to prepare and discuss new legislation. If you have any thoughts or questions regarding the work we accomplished during this past session, I certainly want to hear from you. You can contact me toll-free at 1-800-372-7181 or email me at CB.Embry@lrc.ky.gov.

I am happy to be home, reunited with loved ones. I hope to see you out and about in the coming year. Stay safe, and God bless.

Addiction treatment: Senate Bill 191 addresses certification and educational requirements for alcohol and drug counselors. The bill also directs Kentucky to establish guidelines employers can use to develop programs to help more individuals struggling with substance use disorders while maintaining employment.

COVID-19: House Bill 387, amended to assist with coronavirus relief, allows the governor to declare it a “necessary government expense” to purchase protective gear for health workers and first responders.

Another COVID-19 relief measure, contained in Senate Bill 150, loosens requirements for unemployment benefits and extends help to self-employed workers and others who would otherwise not be eligible. The new legislation will also:

·         Provide immunity for health care workers who render care or treatment in good faith during the current state of emergency.

·         Require the governor to declare in writing the date that the state of emergency ends.

Eating disorders: Senate Bill 82 seeks to offer better treatment options to those with eating disorders by establishing the Kentucky Eating Disorder Council. The council will oversee the development and implementation of eating disorder awareness, education, and prevention programs. It will also identify strategies for improving access to adequate diagnosis and treatment services and made recommendations on legislative and regulatory changes.

Elections: Senate Bill 2, the voter photo ID bill, will require voters to present photo ID at the polls, starting with the general election in November. If a voter does not have a photo ID, he or she will be able to show another form of ID and affirm, under the penalty of perjury, that he or she is qualified to vote. The bill also allows poll workers to vouch for a voter they personally know even if that person has no valid ID. Another provision of SB 2 will provide a free state-issued ID card for individuals who are at least 18 years old and do not have a valid driver’s license.

Human rights: House Bill 2 will require a national anti-human trafficking hotline number to be advertised in airports, truck stops, train stations, and bus stations. Posters with the hotline number are currently required in rest areas. The bill also closes a loophole in the state sex offender registry by adding specific human trafficking offenses to the definition of a sex crime.

Senate Bill 72 will ban female genital mutilation, often referred to as FGM, in Kentucky. A federal ban that had been in place for more than two decades was found unconstitutional in 2018. The bill will also make performing FGMs on minors a felony, ban trafficking of girls across state lines for FGMs and strip the licenses of medical providers convicted of the practice. The World Health Organization classifies FGM, a procedure that intentionally alters or causes injury to the female genital organs for non-medical reasons, a human rights violation.

Jurors: Senate Bill 132 will add those with state-issued personal identification cards to the pool of potential jurors in the county where they live. Currently, the pool draws from driver’s license lists, tax rolls, and voter registration lists.

Lieutenant Governor: House Bill 336 will let gubernatorial candidates select their running mate for lieutenant governor before the second Tuesday in August instead of during the spring primary campaign.

Marsy’s Law: Senate Bill 15 would enshrine certain rights for crime victims in the state constitution. Those would include the right to be notified of all court proceedings, reasonable protection from the accused, timely notice of a release or escape, and the right to full restitution.

Now that it has been approved by lawmakers, Kentucky voters will decide on the proposed constitutional amendment this November.

Mental health: House Bill 153 will establish the Kentucky Mental Health First Aid Training Program. The plan would be aimed at training professionals and members of the public to identify and assist people with mental health or substance abuse problems. The program would also promote access to trainers certified in mental health first aid training.

Senate Bill 122 will change Tim’s Law of 2017, a much-heralded law that has rarely been used by the courts. The law allowed judges to order assisted outpatient treatment for people who had been involuntarily hospitalized at least twice in the past 12 months. SB 122 extends the period to 24 months.

Mobile phones: House Bill 208 will require wireless providers of Lifeline federal-assistance telephone service to make monthly 911 service fee payments to the state. It will restore over $1 million a year in funding to 911 service centers.

Public health: House Bill 129, also known as the public health transformation bill, will modernize public health policy and funding in Kentucky. It will do this by streamlining local health departments by getting them to refocus on their statutory duties. Those are population health, enforcement of regulations, emergency preparedness, and infectious disease control.

REAL ID: House Bill 453 will allow the transportation cabinet to establish regional offices for issuing driver’s licenses and personal identification cards. It also requires a mobile unit to visit every county multiple times per year to give such credentials. It will ensure Kentucky complies with the federal REAL ID ACT enacted on the 9/11 Commission’s recommendation.

Taxes: Senate Bill 5 will require library boards and other special-purpose governmental entities to get approval from a county fiscal court or city council before increasing taxes.

Terms of constitutional offices: House Bill 405 proposes a constitutional amendment that would increase the term of office for commonwealth’s attorneys from six years to eight years beginning in 2030 and increase the term of office for district judges from four years to eight years starting in 2022. It would also increase the experience required to be a district judge from two years to eight years. The proposal is seen as a way to align terms of service among elected judicial officials, so judicial redistricting could be more easily achieved in future sessions. Redistricting is seen as a way to balance uneven caseloads among courts without creating expensive new judgeships.

Tobacco: Senate Bill 56 will raise the age to purchase tobacco products, including electronic cigarettes, to 21 from 18. The move will bring Kentucky’s statute in line with a new federal law raising the age to 21. The bill also removes status offenses for youth who purchase, use, or possess tobacco, often called PUP laws, and will shift penalties to retailers who fail to follow the increased age restriction.

Veterans: House Bill 24 supports plans to build a veterans nursing home in Bowling Green. The legislation appropriates $2.5 million needed to complete design and pre-construction work for the 90-bed facility. That must be completed before federal funding is allocated to start construction on the proposed $30 million facilities.

Note: Most new laws — those that come from legislation that doesn’t contain emergency clauses or special effective dates — will go into effect in mid-July. Proposed constitutional amendments must be ratified by voters in November before they would take effect.