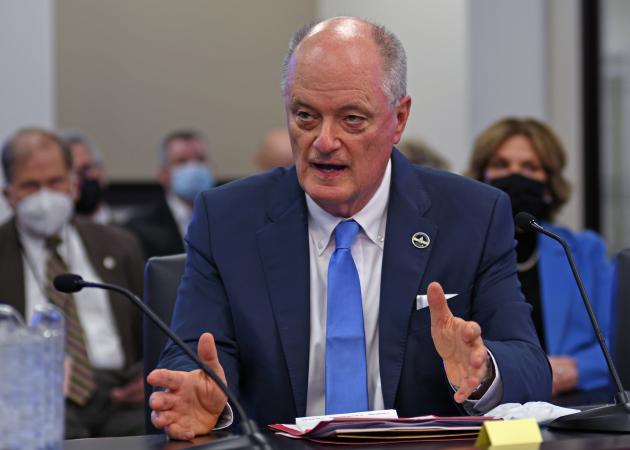 FRANKFORT – With the first week of 2022 Legislative Session almost over, two education bills related to school councils and remote instruction are advancing in the Kentucky Senate.

On Thursday, the Senate Committee on Education voted 9-1 to pass Senate Bill 1, which calls for local superintendents – rather than school councils – to determine educational curriculum for districts.

Superintendents would still need to consult with the principal and school council beforehand and provide a reasonable review and response period for stakeholders in accordance with local policy.

The committee also passed Senate Bill 25, which would provide up to 10 days of remote instruction per school for the 2021-2022 academic year.  It would also temporarily revise retirement reemployment provisions until June 30.  The legislation passed on a 10-0 vote.

Both measures now head to the full Senate for consideration.

Sen. John Schickel, R-Union, sponsored SB 1 with several cosponsors.  He told committee members the legislation is not new to them; it has been a work in progress for seven years.  He said the need for the bill has become more and more apparent, and that it would clarify issues, not do away with school councils.

“It puts the final say about curriculum with the citizens of the community,” he said.

He also highlighted the importance of superintendents and their selection.

“At the end of the day, it’s the superintendent that we hold accountable for the performance of our schools,” Schickel said.

Sall Sugg, superintendent of Shelby County Public Schools, testified in favor of the changes during the meeting.  She said if districts need a coherent, cohesive solution to the problems found in the classroom.

Parents typically look to teachers and the principal, and the process of collaboration is the key when superintendents select principals, she said.  Input is also important, she added.

Brenda Jackson, who serves on the Shelby County Public Schools’ Board of Education, also testified in favor of the bill.  She said many students go from school to school and need consistency of curriculum.

But Sen. Gerald A. Neal, D-Louisville, said he had mixed feelings about site-based decision making councils.  He voted no on the measure and explained some positive attributes of councils.

“I have found out over the years that there was great value that was achieved through the construction of the site-based decision making councils, and shifting sone of the , you call it, the decision making authority to those councils,” he said.

Jody Cabble, a teacher at Henry Clay High School in Lexington, testified that school councils have been an “essential driver,” and called the bill a step backward for Kentucky public schools.  She expressed concern that changes would cloud transparency and lead to secrecy.  She said there should be more “seats at the table.”

On the other measure – SB 25 – Sen. Max Wise, R-Campbellsville, said the bill would help fill staff vacancies.  Wise chairs the Senate Committee on Education and sponsored the legislation.

“The purpose of the bill is to prioritize in-person learning by extending the 2021 Special Session Senate Bill 1 components that have expired through Dec. 31,” he said.

“This is one of those issues that we said during the special session we would have to revisit, and we would have to come back to because we need to provide flexibility to school districts,” he said.