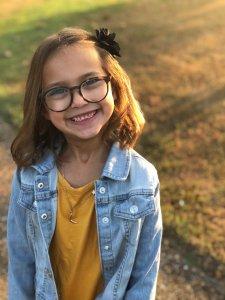 Ryman Ali Little was born on April 24th, 2013. We were preparing to leave the hospital and take Ryman home a couple of days later when Ryman’s nurse came to us concerned about Ryman’s lack of eating not being as an alert. The NICU doctor at Baptist Hospital examined her and discovered that her ammonia level was very high, which could cause life-threatening issues. Ryman was then transferred to Vanderbilt Children’s Hospital on her third day of life.

After running more tests, it was discovered that Ryman had a metabolic disorder, called CPS-1. This disease is a genetic liver disease in which your liver cannot break down protein and the nitrogen accumulates in the form of ammonia in the bloodstream. When this happens, it then allows the ammonia to reach the brain which could cause many issues such as irreversible brain damage, and in some cases, death. Further testing showed that Ryman’s best chance at survival would be a liver transplant.

Ryman remained under the care of the doctors and nurses at Vanderbilt Children’s Hospital until she was transferred to Washington DC, Children’s’ National Medical Center at twelve days old, to be monitored and cared for by their genetics team. On August 30, 2013, at Georgetown University Hospital, Ryman was gifted a liver from her first donor. The transplant went well. However, soon after it was noticed that Ryman had a clot that caused damage to that liver. She remained hospitalized as we waited for our second liver. On September 18th, 2013, we were blessed once again as Ryman received her second liver from another donor. The second transplant went great and Ryman remained under the care of Children’s National until we were discharged and able to bring Ryman home.

Ryman is now thriving, and thanks to the choices made by others in the most difficult days of their lives, we will be celebrating her seventh birthday soon. Every day with Ryman is a gift, given to us by not one, but two organ donors. We hope that everyone out there chooses to be an organ donor so that others can be given the gift of life and get to enjoy more precious days with their loved ones, just as we have with Ryman.