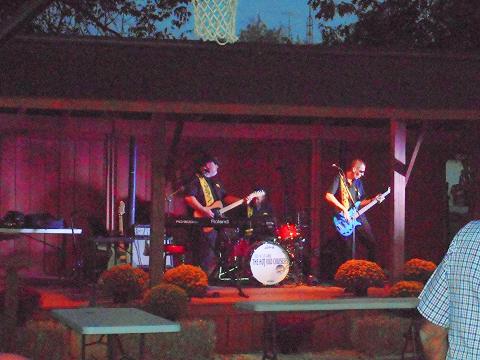 The 5k runners and walkers kicked off the Rochester Festival with a brisk run along the beautiful Green River with 23 participants and two eager dogs.

Parker Smith, 13, was the overall winner in 20:58, his cast slowed him down a little, Parker runs X- country with the varsity even though he is only in the 8th grade.

Sonja Dwyer was the overall female winner; her business, Turning Point Fitness in Russellville, was one of the race's main sponsors.

Assistant Commonwealth Attorney, Michelle Duvall's dog, Bryson, was the first dog across the finish line, then went straight to his water bowl.

Audrey Benton, her sister Ella and brother Andy were three of the youngest volunteers; they passed out water at the half- waypoint.

The Little Miss and Mister Green River pageants kicked off the events at the City Park.

Kayak Challenge was at 10:30 on a very low but serene Green River. Melanie Hunt, the chairperson of the Morgantown Trail Town Taskforce, was on hand to start the challenge. David Meier came in first followed by Josh Johnson.

There were craft booths, various vendors, plenty of food, and good music throughout the day and into the night. Muhlenberg County Judge Brian Wiggins played acoustic guitar and performed Saturday afternoon.

There was a total of 52 vehicles in this year's car show. The top awards went to Regina and Jason Strater for the Best Car and Gale Fulkerson took top honors for the Best Truck. Also going on throughout the day were hayrides, cakewalks, dancing for all ages, and old fashion games.

Fire Chief Alan Beliles and Assistant, Robert Coomes were on hand to demonstrate some of their equipment and talk about fire safety.

Among the many events, Cornhole drew some fierce competition.

Roy Kyle and the Hot Rod Cruisers were the entertainment for the evening. They played everything from Merle Haggard and Roy Orbison to John Prine and Brooks & Dunn.