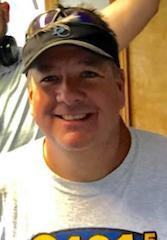 Will 2021 mark the rising of state legislatures as lawmakers look to curb the aggressive actions by governors across the country in response to the COVID-19 pandemic?  Gosh, I sure hope so.

Many folks, including myself, are starting to refer to the Coronavirus-related events of 2020 as two separate entities - one being the virus itself and its associated dangers and the other being how various governments have reacted to those dangers - and in some cases overreacted.  This may sound like I’m splitting hairs but it appears that in some instances those two things don’t really match up very well.

As the COVID-19 pandemic took hold in the United States, state governors took action swiftly as was expected and that quick response should be applauded.  Representative government like we have in this country requires and empowers the occupant of the executive branch with broad powers during times of emergency.  Nobody is disputing that notion.  But, the COVID-19 pandemic has put that assumption to the test.  For governors to assume vast powers over virtually all aspects of public life in the aftermath of a natural disaster, severe weather event, etc. is a governing model society has accepted.  Those are short-term events don’t lend themselves to exposing the “inner tyrant” that apparently inherits the governor’s office in many states.

A quick search of the heavy-handed actions of some governors reveal a pattern of excessive and arbitrary shutdown actions taken in response to COVID-19.  Many northeastern states are the worst offenders but states like California, Illinois, and most notably Michigan have also imposed measures that are questionable at the very least.   Kentucky is in that mix as well despite the measured and genteel demeanor of Gov. Andy Beshear.  Some of our governor’s actions have been anything but “measured and genteel.”

Entire economies have been shut down, governors have picked “winners and losers” based on what they declare to be “essential.”  While dozens of people frequented the “essential” businesses, others deemed “non-essential” were closed without any input, recourse, or an end in sight.  Certain travel was banned, gatherings - even those outside - were heavily regulated, and don’t even get me started on church services.  A governor dispatching state troopers to put notices on vehicles in church parking lots is indefensible.   Having a “hotline” to report transgressions isn’t much better.  Essential?  Abortions...yes; shoulder surgery... no.  Liquors stores….yep; chiropractors and dentists...nope.

Was no thought given to how this might have been done differently?  Perhaps taking the step to allow businesses or churches or other organizations the opportunity to modify operations, implement social distancing guidelines, put in place greater safety precautions at the beginning of this thing rather than jumping immediately to closure?  In other words, is it possible that the steps that are being permitted now in many states during the reopening phase could possibly have been implemented as an alternative to a complete and total shutdown of the economy?  I think so.  And, don’t forget that this isn’t a binary choice between money or people.  A shuttered economy is all about people, their lives and their livelihood and we will pay a human price for it.

What can be done to prevent a similar situation in the future?  Are governors drunk on political power going to be the norm for how we deal with the next emergency?  If state legislatures don’t step up then we can expect the same pattern to repeat itself.  As the dust settles on this pandemic, hopefully state legislators around the country will take a sober look at how some governors behaved and immediately switched into an authoritarian mode in the name of safety - civil rights and the constitution be damned.  A single individual - a governor - should not be able to unilaterally shut down the entire private sector economy and the lives and movement of individuals of his or her state - at least not indefinitely.  There has to be a check on this power and state legislatures should take steps to ensure this is the case.  Governors should retain the executive authority to take significant actions in response to an emergency but we would be wise to limit the time period and provide some degree of legislative oversight.  Hopefully the Kentucky General Assembly will take up this issue in their short session beginning in January 2021.  The health of our representative government would benefit from it and our freedom and liberty going forward might just depend on it.