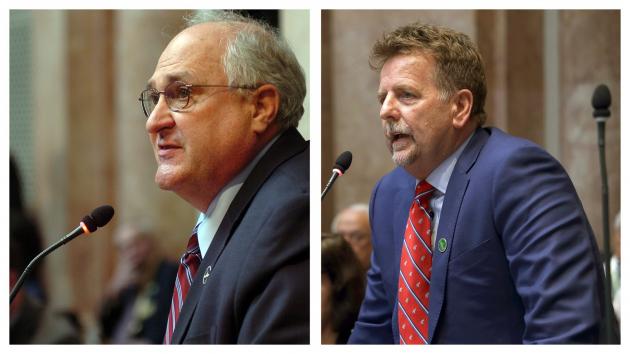 Frankfort (August 2, 2019) – Representative James Tipton, of Taylorsville, and his cosponsor, Representative Steve Sheldon, of Bowling Green, have pre-filed BR 166, which bans drivers from using a personal communication device while operating a vehicle on public highways unless there is an emergency.

“This piece of legislation will save thousands of lives,” Tipton said. “Looking at a phone, even for a mere second, means one’s full attention is not entirely on the road.”

Specifically, BR 166 would prohibit the use of cell phones, tablets, and laptop computers. Kentucky outlawed texting while driving in 2010, but the prohibition is not only difficult to enforce but does not extend to the many social media and communications options available today. Drivers under the age of 18 are also prohibited from using a cell phone. Tipton shared that he has received a great deal of support for the proposal.

“I’ve had some really positive feedback from people who are aware of how dangerous distracted driving can be,” Tipton added. “We tell ourselves that a quick social media post or an email will only take a moment, but time and again we have seen that it takes less time than that for a tragedy to happen.”

Under the provisions of BR 166, a violation will result in a fine of $100 for the first offense and $200 for each consecutive offense. For the first offense, a person may choose to attend a state traffic school in lieu of paying the fine.

“I fully support any bill that helps our state limit distracted driving and recognizes the importance of traffic safety,” Rep. Sheldon said. “No life is worth losing over a single text message.”

The legislation, BR, 166, will be considered in the 2020 session and can be found here.