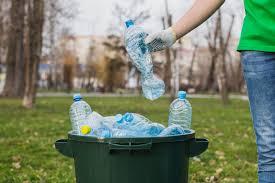 Due to the current economic state, multiple counties in the state of Kentucky are unable to accept recycling materials.

At the Butler County Fiscal Court meeting on Monday, July 22, Judge Executive Tim Flener announced that the Butler County Recycling Center is currently not accepting plastic products for recycling. Flener said that the prices for plastic have decreased and the county cannot currently afford to ship the products off. He also said that the facilities are at capacity with plastic products and are also unable to profit from the shipping of materials.

According to Flener, to send plastic off, it would currently cost around $350 per load.

“Right now, it is just not feasible for us to take this product. We hope that everyone understands that and works with us during this process,” Flener said.

He said that many surrounding areas are also dealing with this issue.

In May of this year, Lexington Materials Recovery Facility released a statement saying that they would no longer be able to collect paper items for recycling due to “an overabundance of material in domestic markets.” Over 20 other south-central communities were affected by this change which is still currently in affect.

Bowling Green and Warren counties are also feeling the effects of the issue. Information was released to the public on July 22 stating that the newly acquired recycling trailer for the city of Bowling Green would be stored until it is viable to be used. After receiving a grant from the Kentucky Energy and Environment Cabinet’s Kentucky Pride Fund, the city developed the trailer as an attempt to reduce waste at public events. However, the city is now unable to find a vendor to accept the waste and must house the trailer until further notice.

As China has remained the largest intake of waste and recycled products, the U.S. has relied heavily on their participation. However, in recent years, the Chinese government has decreased the amount of products that the country will receive from others. In early 2018, China announced a ban on their participation with the U.S. in accepting materials and now currently takes in less than one percent of all imports.

This has put multiples parts of the U.S. in a bind as communities struggle to find a solution to waste management.

“Hopefully these prices go back up and we are able to start taking plastic again," Flener said.