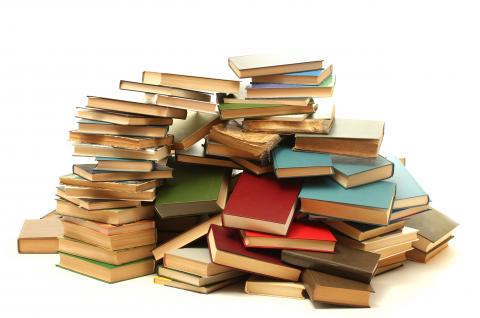 Almost everyone I know is an avid reader, so I asked them to share some recommendations.

Fun and Easy Reading – Murder Boogies with Elvis, Murder Carries a Torch, Murder Runs in the Family are three of the Southern Sisters series of mysteries by Ann George, Described as a nice mix of comedy and mystery. . Unfortunately, the Butler County Library does not have the first book in the series, Murder on a Girl’s Night Out, they can get it thru inter-library loan. The books they do have refer to things that happen in earlier books, but include enough information that the books are still easy to enjoy. 4 stars

Murder in Mystery Suite #1  in the Book Retreat Mystery Series by Ellery Adams is light, fun reading, but I  really didn’t know “who done it” until the end of the book. The characters are interesting, you care about them. The store has hidden meanings, secrets, surprises. I really enjoyed it. The BCL has 4 of the Book Retreat Mysteries and I suggest starting with #1. Ms Adams has written several mystery series: Books by the Bay Mysteries, Charmed Book Shoppe Mysteries, Secret, Book & Scone Society, Cozy Chicks Kitchen, Hope St. Church Mysteries, Supper Club Mysteries, and Antiques & Collectables Mysteries. 4 stars

The Crocodile on the Sandbank – Amelia Peabody by Elizabeth Peters This book made me laugh out loud several times, but that's not the only reason I loved it! It also introduced me to Amelia Peabody, no-nonsense lady archaeologist-doctor-adventuress whose travels through Egypt are full of interesting characters and settings. I mean, you can’t not love a Victorian lady who's as practical as they come. When she needs to stay by a patient in the desert: “there’s only one habitation that will do. So I directed Walter to pick out a nice tomb for us.”

Ms Peters real name is Barbara Mertz, a well respected archeologist in real life. Her expertise in ancient Egypt makes this series a real treat. (She also writes acclaimed "romantic suspense" under the name Barbara Michaels.) It was an absolute treat to read; I hated to put it down! BCL has all (I think) of this wonderful series, one of my all time favorites. 5 stars

Mystery Suspense - Past Tense, a Jack Reacher novel by Lee Childs. This is one of the more consistent series in this genre. Jack Reacher is a former military police  Major, a drifter hitch-hiking across the country. In New England he sees a sign pointing to the town his father grew up in. Curious about his family’s roots he makes a shocking discovery. Fans will enjoy learning more about Jack Reacher’s past. These are thrilling, fast paced books. The first in this series is Killing Floor. The BCL has most of these books. 5 stars

Enjoy, and send me your suggestions: [email protected]