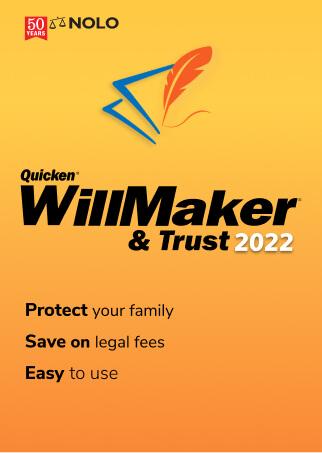 Death has come unexpectedly to many in Kentucky amidst the COVID-19 pandemic. While the virus has mainly targeted older adults and the immunocompromised, people in every age group have succumbed. Even otherwise healthy people have died within weeks of becoming infected.

For this reason, interest in wills has soared over the past year. Normally, for working-class Kentuckians, these documents would be out of reach. In the past, people had no choice but to hire a lawyer to prepare them, often at the cost of over $1,000.

But thanks to online services like Quicken Willmaker, the underprivileged are gaining access to estate planning tools. With Quicken’s last will & testament costing just under $60, anyone can now dictate their last wishes after their departure.

And it’s a good thing many have. If one dies without a will, the state of Kentucky determines who gets what. That includes your assets and the custody of any minor children. This situation can be problematic, as Kentucky law only gives spouses half the estate of their deceased partner. And, of course, the deceased’s kids could end up in a less-than-ideal living situation.

And things can get even worse. The chaos resulting from the state’s handling of an estate dispersal can trigger legal battles. In short, not having a will can cause unnecessary pain and hardship for grieving loved ones.

But despite the consequences of dying without a will, many Kentuckians still lack this legal document. Apart from other excuses, cost is among the biggest. As mentioned before, the traditional cost of wills prevents many from even attempting to get one done.

According to Investopedia.com, the rate for lawyer-drafted wills starts at around $300. However, if this document requires more advanced provisions, their fee can jump to $1,000 or more.

With a price tag this large, many put this chore off – after all, roughly 40% of Americans say they cannot handle a $400 emergency. And even if they can, some dread spending hours at their lawyer’s office.

Fortunately, online wills have tackled these pain points head-on. At just under $60, Quicken’s online will maker is one-fifth the price of a “cheap” lawyer-drafted will. And with constant updates to reflect changes in Kentucky law, worries about due diligence are unfounded.

Quicken Willmaker also respects the time of its users. So, rather than stealing hours from the schedules of busy Kentuckians, it completes the will-making process in less than a half-hour. Such is the benefit of having lightning-quick servers rather than slow, ponderous lawyers.

It’s no accident that this program has helped scores of hard-working Kentuckians through this pandemic. After all, Quicken Willmaker was originally designed to help the average working-class American.

Back in the late 1960s, Ralph Warner and Charles Sherman, two San Francisco-based legal-aid lawyers, were frustrated. Despite their best efforts, low-income Bay Area residents were not getting the justice that they deserved.

So in 1971, they founded NOLO, a company dedicated to helping working-class Americans access and understand the law. They started by publishing DIY legal guides, which covered everything from divorce to renter’s rights.

Eventually, they wrote a DIY will creation guide. And when personal computers became popular in the 1980s, they partnered with Quicken to create Quicken Willmaker. To this day, this software program has sold almost two million copies.

Of course, this doesn’t take the internet age into account. Since going online, millions of Americans have benefited from their online will creation platform. But with dozens of competitors on the internet, how does Quicken’s NOLO product stand up?

Quite well, actually. While it’s true that Quicken’s NOLO product costs more than its colleagues, this will-making software offers value that matches its higher price tag. For instance, US Legal Wills is one of the top competitors of Quicken Willmaker. But while US Legal Wills costs much less, they do not offer living trusts or medical power of attorney declarations. Quicken Willmaker does both.

Secondly, Quicken’s online will maker offers its users flexibility that many competing products don’t have. For starters, users can download the company’s software and use it offline. While unorthodox in today’s world, this step offers peace of mind that a sudden internet outage will not disrupt a will-making session.

Further, when someone buys Quicken Willmaker, they aren’t just getting a will for themselves. It also offers the ability to create wills for multiple family members. If someone wanted to do that with a competitor, they’d have to pay for a new document each time.

Third, the depth of help provided also helps Quicken’s NOLO product stand out in the marketplace. For example, when you purchase Quicken Willmaker, the e-book you get includes 17 in-depth chapters. By the time you finish reading through all of them, you’ll know everything you need to know about will creation.

But above all else, integrity is NOLO’s biggest strength. Unlike most online will providers, the company behind Quicken Willmaker has been around since 1971 – decades before the internet even existed.

By the time they started selling will-making software in the early 1980s, NOLO had earned a positive reputation for helping everyday people. They have maintained that perception through to the present day, attaining an A+ grade from the Better Business Bureau.

Third-party critics also sing the praises of this software suite. For instance, this Quicken Willmaker review lauds the program for offering excellent value per dollar spent.

At the end of the day, though, every online will provider is doing underprivileged Kentuckians a big favour. At a time when the risk of death is the highest it’s been in decades, they’re not only lowering the cost barrier to will creation but the knowledge barrier as well.

Yes, it’s true – most Kentuckians and Americans will survive this pandemic. But not all will be so lucky. Not only could they get COVID-19 and die, but they could also fall victim to packed hospitals. With ICUs full, car accident victims, heart attack victims, and other critical care patients may perish where they would have otherwise survived.

Should the worst happen, a last will and testament will make the asset dispersal process less stressful for those left behind.