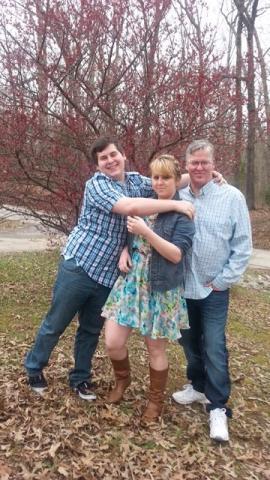 DON'T Judge ME- If you have lived very long upon this earth at all you have heard someone use the phrase, “Don't judge me” at some point, haven't you? Most of us have heard the phrase multiple times, probably the majority of us have even said it or at least thought it, in relationship to our own particular indiscretions, leanings, perceptions, habits or inclinations. We do not want others to condemn us, or think harshly of us, based on how they personally filter and interpret the world and apply it toward their own interactions with others. Absolutely no one is really joyous at the prospect of being “judged,” well, almost no one. I did hear a self-aggrandizing, “bringer of the word” one time talk about how he was looking forward to judgment, so and I quote verbatim, “he could watch all the reprobates get what they had coming!”

Now you might be a little more joyous about being judged if you truly feel you are going to be judged by a different standard than what you might actually deserve, one where you are assured of forgiveness but that is a debate for other folks and another time, that's not what I really want to talk about. Some of the compunction against being judgmental is the notion that we are explicitly warned not to do it in literature most of us respect and cherish and many of us hold as sacred. “Judge not, lest you be judged” and “what judgment you judge by shall be meted out to you;” you know, that sort of advice, which is either in the foreground, or at least the background, of the thoughts of each and every one of us and our interactions with others.

I have heard, on much more than one occasion, someone trying to tiptoe around judging others, by using the term “discernment.” To discern is to be able to properly decide between truth and error, it is to have keen insight or an acuteness of understanding between what is right and what is wrong; nothing wrong with discernment right, as long as it does not involve condemnation? It's “just loving you too much, to leave you where you are at!” The problem with this line of thinking is, it very often does slide into personal condemnation of others, often for just having a different viewpoint or perspective and just being a little more subtle about denunciation, claiming it is a thing or situation disdained and not the person you hate, yet the net result is almost invariably, the person feels shunned, betrayed, hurt, outcast and alone, while we trifle with semantics.

If you look closely at those verses you'll notice a theme. It is a spiritual law, a reciprocation effect, a yin and yang; a cause and effect going on. It is judge not-unless you be judged, it is- what measure you use -will be used on you. It is the spiritual law of reaping what you sow, what many refer to these days as karmic law, it is the crazy notion that what you put out in the world will come back to you, some how, some way, sooner or later. That is a truth built in to the foundation of Creation, like it or not, it just is, so deal with it.

Like I said the word judgment has almost become synonymous with condemnation. Such was not always the case, it once meant -having the skill to decide the merits or value of something. It also once simply meant- to govern, but like a lot of words commonly used, it as sort of undergone an evolution or transformation. An example of the evolution of the word judgment is what I really want to discuss in this particular column. Many of us are familiar with the Myers-Briggs test and no, it is not a test designed to evaluate the performance of the small engine on your lawn mower. Myers-Briggs is named after the designer of a particular personality test, now common in use through the workplace and education.

It uses bi-polar opposites and rates you on a scale of where you fall most dominant or comfortable in your interactions with the world. To be brief they are introvert-extrovert; sensor-intuitive; thinkers-feelers; judger-perceiver. I happened upon the results of this personality quiz, someone had given my son, while helping him straighten up some papers in his entertainment hutch. According to how he responded, turns out he is an E>N>F>P; I myself am considered an I>N>F>P. Neither one of us are close to being in the center on any one of the contrasting tendencies, going well above 80% toward a certain direction in each pairing. The only difference between us was, I am a natural introvert whereas he identifies more as an extrovert but I am not so sure about that particular trait. I am glad someone has taken the time to acknowledge different traits and personalities sitting in all the classrooms of America but all the acknowledgment of right-brain and left-brain tendencies and sensor versus intuitive learning styles, is basically futile, if we keep right on pushing the one size fits all instruction method, designed around the bygone days of the industrial revolution.

Anyway, according to them “judgers” tend to be organized, controlled and decisive, preferring order to chaos (sounds like the typical classroom to me) guess what my son and I are not? We are considered “perceivers” we tend to be, spontaneous, impulsive and adaptive, preferring freedom to structure.

This is what I mean by “Don't judge me!” Don't expect us to be “judgers” whom just lack discipline or order and if you just provide enough structure and include enough discipline, up to physical discipline and the tactics of reward and punishment and fear; in education or the workplace, we will turn into something we are not. We are the dreamers, we thrive on chaos and disorganization, we see the big picture and the patterns of disparate ideas and ideals. Don't put us in the same mold as the judgers, let us be who we are meant to be. We can add beauty and creativity to the world, we can stretch boundaries; let us dream and see where that dream may lead; what a crazy notion!