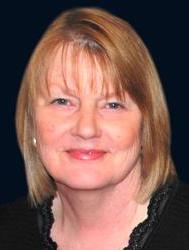 ‘Anniversary’ is defined as the date on which an event took place in a previous year. My first association with the word is wedding anniversary. Over time, I’ve also begun to associate ‘anniversary’ with the loss of loved ones.

First, thinking of wedding anniversaries, I found some related quotes:

-…There's no more important decision in life than who you marry. ~Brad Paisley

-If I had a flower for every time I thought of you, I could walk in my garden forever. ~Alfred Lord Tennyson

-A wedding anniversary is the celebration of love, trust, partnership, tolerance and tenacity. The order varies for any given year. ~Paul Sweeney

Second, the following quotes are related to the anniversary of losing someone:

-How lucky I am to have something that makes saying goodbye so hard. ~A.A. Milne

-Sadly missed along life’s way, quietly remembered every day. No longer in our life to share, but in our hearts, you’re always there. ~ Anonymous

-When someone you love dies you never quite get over it. You just learn to slowly go on without them. But always keeping them tucked safely in your heart. ~Unknown