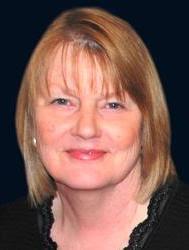 This week, I was looking through the last four months of Better Homes & Gardens magazines before recycling them. I noticed quite a bit of health, food and finance information in each. Some of the interesting take-away information is listed below.

•People who spend a minimum of two hours outdoors every week are in better shape – physically and mentally – than those who don’t.

•People who lose just 16 minutes of sleep are more likely to have trouble concentrating the next day. Consistent to bed and waking times are recommended. Begin winding down 45 minutes before bed.

•As the day progresses, doctors fall behind, resulting in less time with patients. The recommendation is when possible, schedule doctor appointments for early morning.

•About 7% of Americans experience seasonal affective disorder. Recommendations include high wattage light bulbs in the bathroom for early morning exposure, regular exercise, and getting houseplants.

•One study found a link between a strain of bacteria in gum disease and the development of Alzheimer’s. The recommendation is to floss at least once daily, but twice is better.

•Adult vaccination recommendations: flu annually; TDAP in adolescence or early adulthood, then a TD booster every 10 years; shingles at 50 or 60, following doctor’s recommendation; and pneumonia at 65.

•One to two servings of mushrooms a week can reduce the risk of mild cognitive impairment (a precursor of Alzheimer’s) by 43%. One serving is about 1 cup sliced mushrooms.

•Advice for pan-searing meat: season and chill the meat; choose a heavy pan; heat the skillet, add oil (vegetable, grapeseed or canola); do not crowd the meat – it could steam instead of sear; and meat will release for flipping when a crust has developed.

•Interestingly on Halloween, 44% of parents eat more candy than their children.

•Americans pay an average of $1,141 in credit card interest each year. People often don’t realize when their interest rate has gone up.

•About 66% of people retire earlier than planned.

•Kids whose parents fought about money were more likely to end up in debt. Use cash as much as possible to help children grasp the value of money. Show children how online banking and bill-paying work so they understand there is not an unlimited supply of money.

•Teach children about charity by collecting items for an animal shelter or donating useful items to nursing homes or adult-care facilities.

Thomas Jefferson said, “Our greatest happiness does not depend on the condition of life in which chance has placed us, but is always the result of a good conscience, good health, occupation, and freedom in all just pursuits” (https://www.brainyquote.com/lists/topics/top-10-health-quotes). As we learn, we use the new knowledge to make better choices. Surely, learning more about the areas of health, food and finance are “just pursuits.”