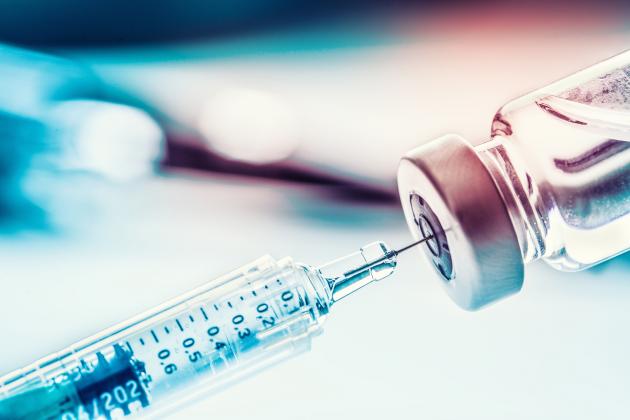 Not as many Kentucky children are getting critical vaccinations as they did previous years, tracking a nationwide trend of parents staying away from health-care centers to avoid the coronavirus.

And only 4,219 4- to 6-year-olds, a crucial age range for key vaccinations, were immunized in Kentucky in April 2020, fewer than one-fourth the 18,394 vaccinated in April 2019. That’s according to data compiled by the state Cabinet for Health and Family Services. The data is voluntarily reported, so the actual numbers may be higher.

According to the U.S. Centers for Disease Control and Prevention, vaccination rates nationwide are down. On average, about two-thirds of infants at 5 months old from 2016 to 2019 received vaccinations, but only half did in May 2020.

The CDC reports similar trends among all Americans under 18, with non-influenza vaccination rates decreasing by 21.5%. Jones said the trend puts children and babies at higher risk for diseases like the measles, whooping cough, chicken pox and others that can be prevented with vaccinations.

WellCare, a health insurer in Kentucky, is urging parents to get their child’s vaccinations now that health-care providers are fully open for business.

“Now that some requirements have been eased in the state, it’s likely that a catch-up period will coincide with the usual summer rush of students needing updated immunizations for school and college,” WellCare CEO Bill Jones said in a press release. “We encourage all parents to schedule immunizations now, to ensure children are protected from vaccine-preventable diseases and outbreaks.”

Dr. Sean McTigue of Kentucky Children’s Hospital told Kentucky Health News in June that most doctor's offices have created ways to minimize virus exposure. These include conducting well-child visits only in the morning, and sick child visits in the afternoon. Health providers are also having patients wait in their cars instead of waiting rooms.

Tigue also said it’s very important for children under 2 to get immunized because the majority of childhood vaccinations are recommended during those early years.

"For a child who may have been born in the month or two preceding the health emergency,” he said, “you could have a child who has received essentially no vaccines and is really unprotected against many infections that are quite deadly and are fully preventable by vaccine.”